Annandale distillery is a whisky distillery producing single malt Scotch whisky and  blended Scotch in Annan, Dumfries and Galloway, in the Lowland of Scotland.

In November 2014, the Annandale Visitor Centre opened and the first casks were distilled.

The first cask of unpeated whisky made the news and was put up for sale for a staggering £1 million.

The first cask of peated whisky ‘Cask 40‘ was filled by ex- Scotland Rugby Union player Doddie Weir. Doddie was invited to do this after unwittingly becoming involved in the restoration of Annandale distillery by the distillery’s rugby fan owner Prof David Thomson.

In November 2017, the first cask was broached, by the two owners David and Teresa. And in December of the same year Doddie Weir returned to broach the first peated cask. 99 of the bottles from the first ever peated cask were sold and auctioned off to raise money for Doddie Weir’s charity the My Name’5 Doddie Foundation to help people with Motor Neuron Disease and to hopefully find a cure. And in July 2019 the distillery handed over a cheque to Doddie for £27,800 from the money raised from the bottles.

In June 2018 Annandale distillery released their first release, twenty 2014 production casks were selected for bottling. Annandale Distillery’s single cask, single malt scotch whiskies are branded as (unpeated) Man O’Words named after Robert Burns the once local exciseman in Annan and ‘Scotland’s national poet’ and (peated) Man O’Sword named after King Robert The Bruce the former 7th Lord of Annandale and King of Scots, who once had a motte and bailey castle local to the distillery.

In September 2018, four more casks were selected to be bottled. These were two 2015 first fill Bourbon casks (peated and unpeated) and two authentic Oloroso Spanish Oak Sherry casks (peated and unpeated). All four were selected by the late Dr Jim Swan. The bottles from these casks were released in late November 2018, under the same Man O’Sword and Man O’Words Trademark made famous by Annandale’s inaugural first release earlier the same year.

Released in July 2019 is the Outlaw King Blended Scotch whisky in dedicated to the film of the same name. Outlaw King celebrates Robert the Bruce, King of Scotland, 7th Lord of Annandale and tells the harrowing but inspiring tale of Bruce’s struggle to lead the Scotland’s freedom in the 14th century leading up to the Battle of Bannockburn This is the first blend to have any Annandale whisky in it. 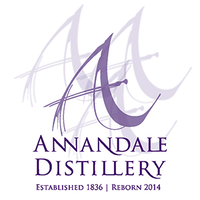 The original Annandale Distillery was built in 1830 by former Elgin-based excise officer George Donald, who named the site after the valley in which it is situated. Using water from the Middleby Burn for the whisky and the Guillielands Burn for cooling and power, the distillery produced single malt whisky for 90 years.

Donald ran the distillery until 1883 when it passed to John S. Gardner & Son, the namesake of which kept cows, pigs and horses on-site, feeding the animals on the draff and leftover grain from the distillery. Under Gardner’s tenure the distillery underwent a modest expansion, and at the height of its production was making 28,000 gallons of spirit annually.

Just 13 years later John Walker & Sons purchased the site, but the now renowned whisky group had grander ideas up its sleeve. Come 1919 the company decided to abandon Annandale to concentrate on developing its signature blended whisky, Johnnie Walker. By 1921 the distillery was closed, its fittings stripped for use elsewhere.

The site passed into the hands of the Robinson family, who were famous for producing Provost porridge oats. What was left of the distillery became a production line for the breakfast cereal brand, while the bonded warehouses were used to house cattle. The remainder of the buildings fell into a state of disrepair.

In 2007, the site was purchased by the Annandale Distillery Company, led by husband-and-wife owners David Thomson and Teresa Church, who also own market research operation, MMR Group. The duo set about painstakingly returning the site back to its former glory over a seven-year period that cost in the region of £10.5 million.

Production of two significant whisky styles began in November 2014, named Man O’ Words after the poet Robert Burns, and Man O’Sword after Scottish warrior Robert the Bruce. Casks of both are available to purchase before the spirit is mature enough to be called whisky. The Annandale Distillery Company put a price tag of £1 million on the first cask filled on 15 November 2014. 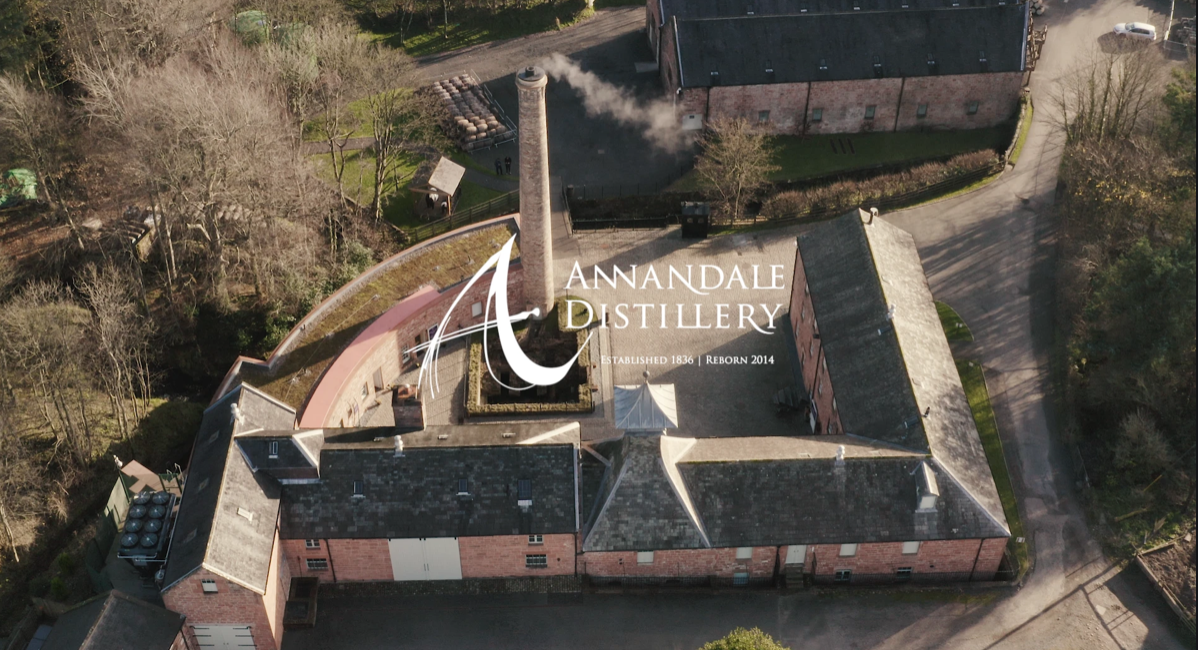 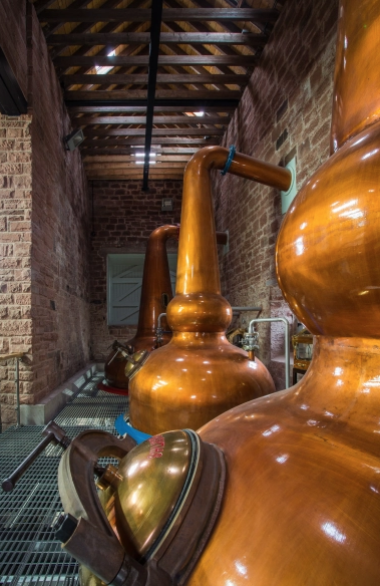 The shape of the wash still is a onion. 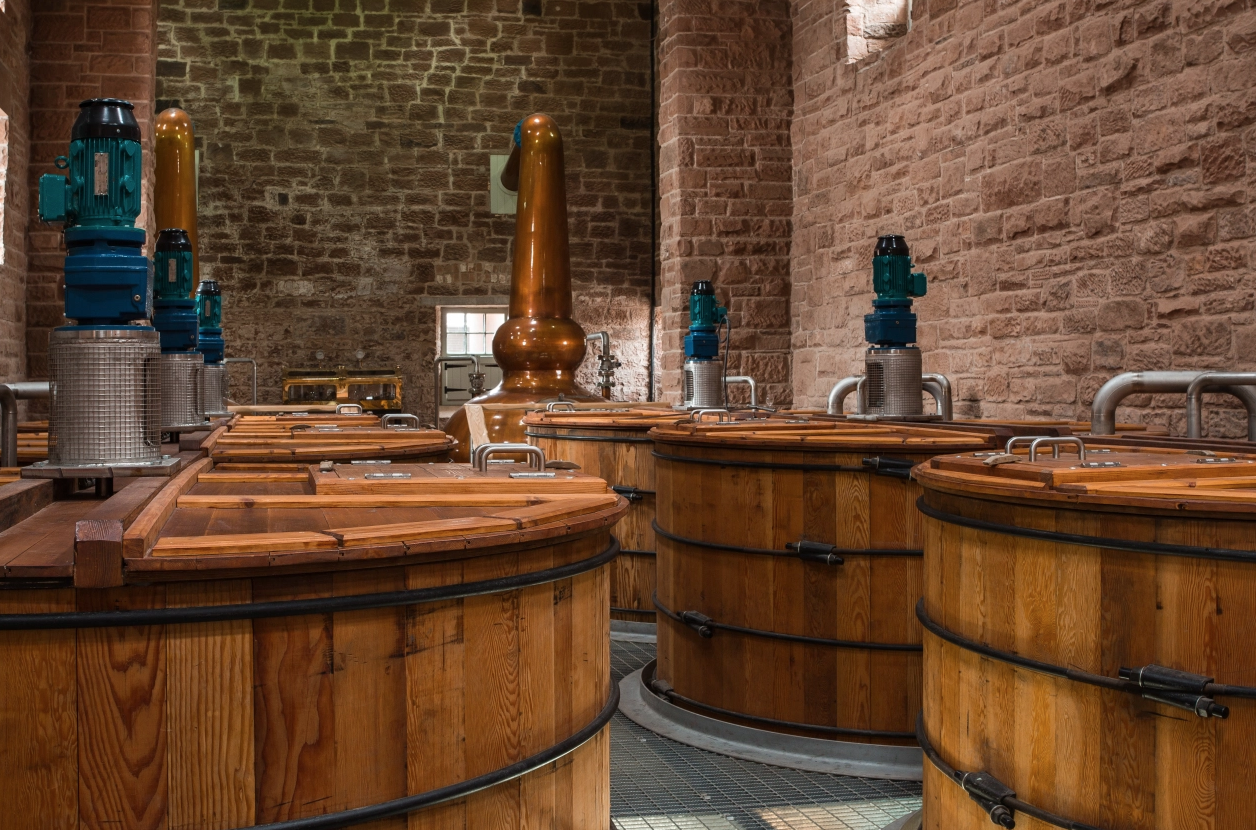 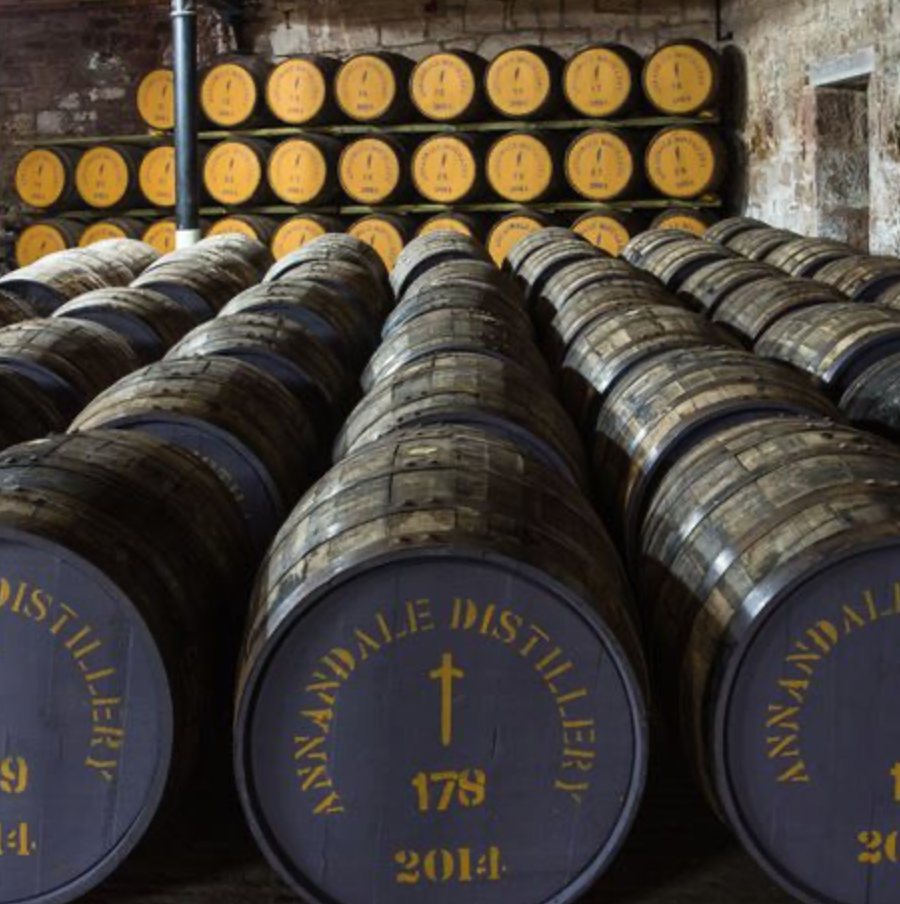 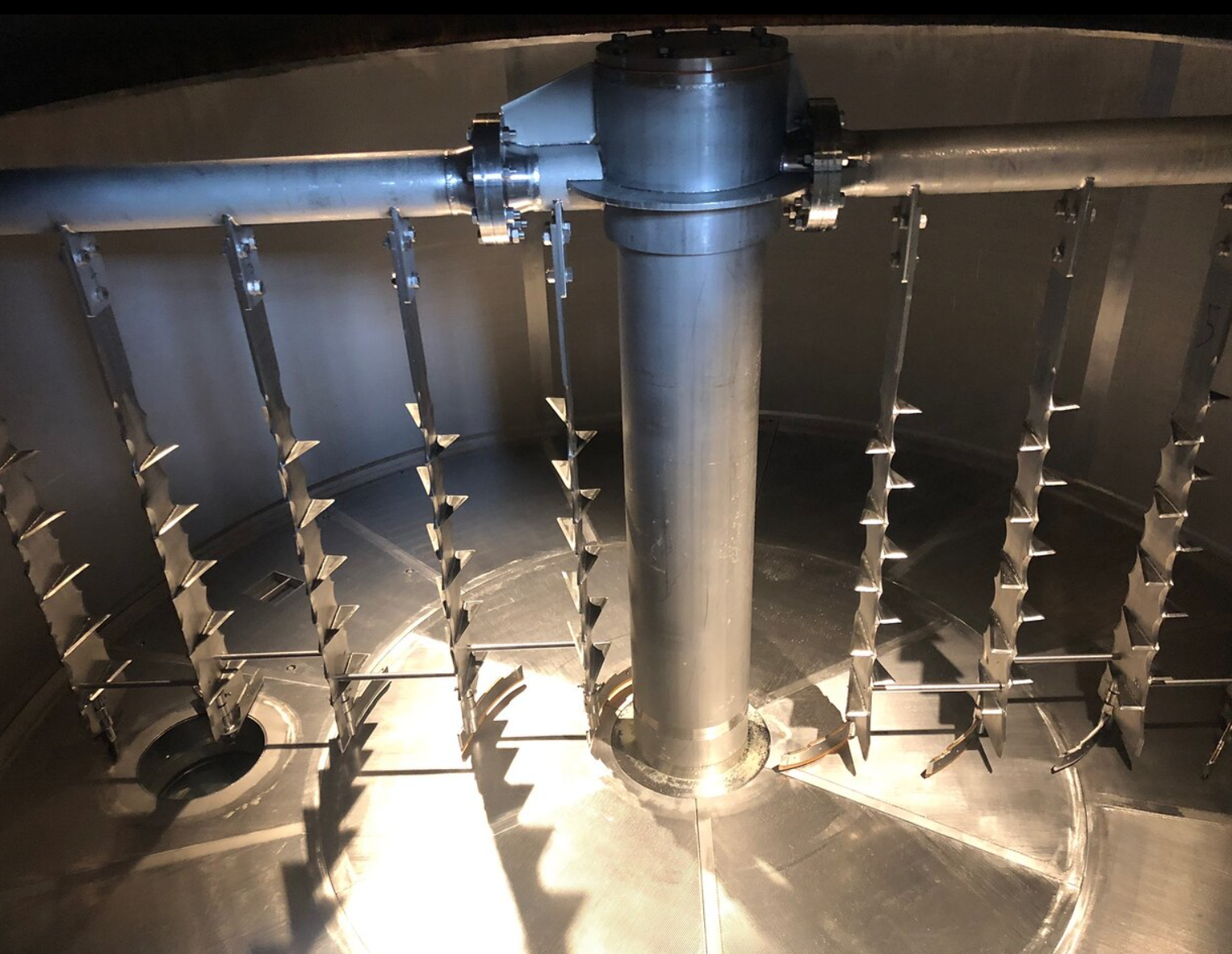 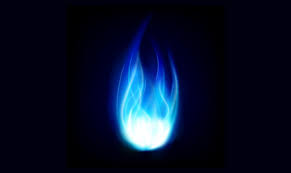 The taste profile of a typical Annandale will be:

At this point Annadale core range is: 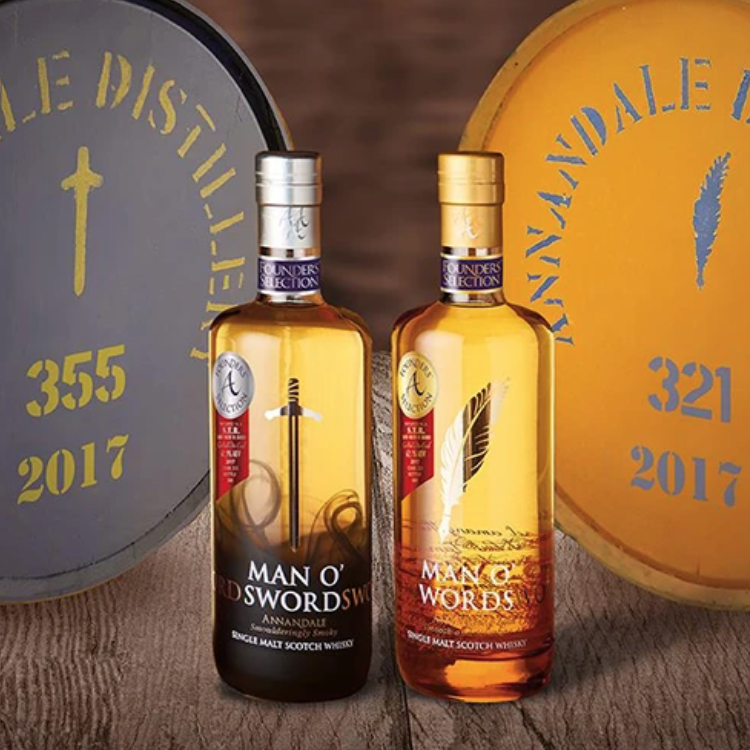 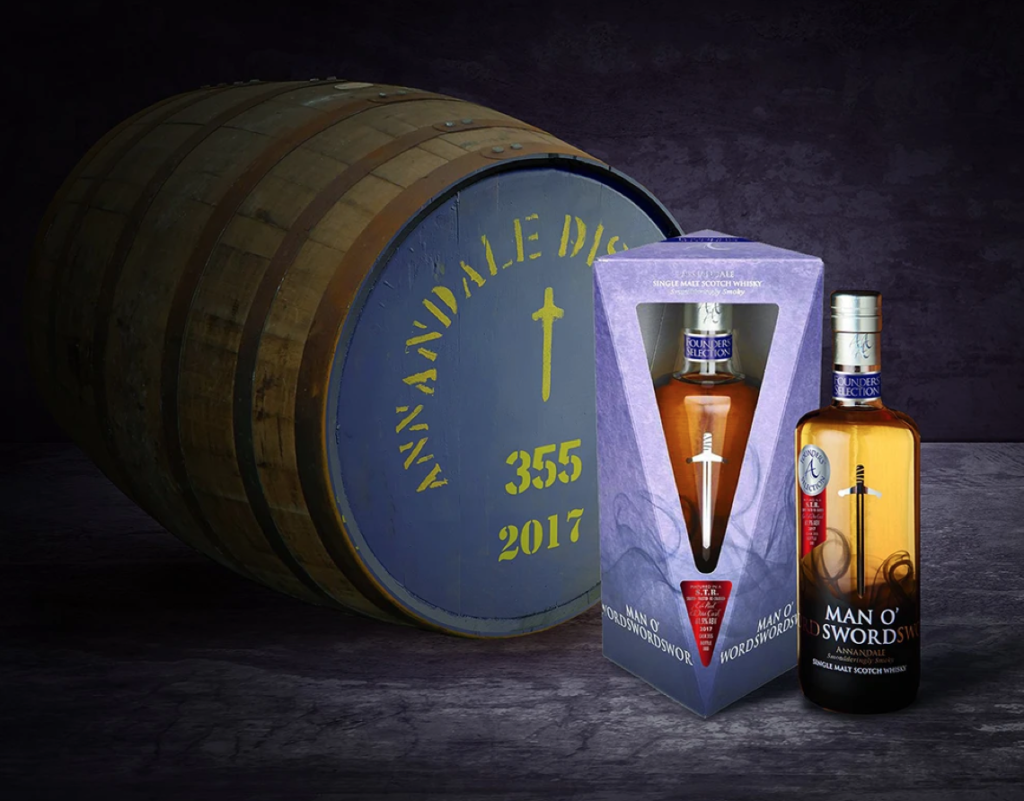 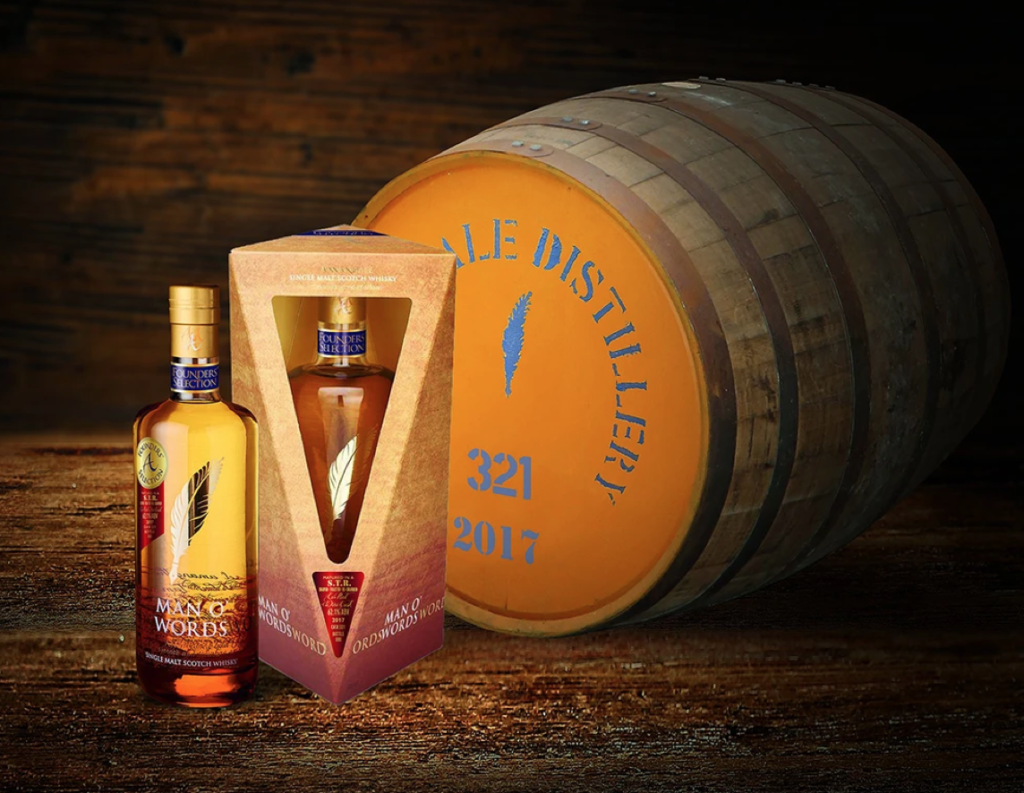 Released in July 2019 is the Outlaw King Blended Scotch whisky in dedicated to the film of the same name. Outlaw King celebrates Robert the Bruce, King of Scotland, 7th Lord of Annandale and tells the harrowing but inspiring tale of Bruce’s struggle to lead the Scotland’s freedom in the 14th century leading up to the Battle of Bannockburn This is the first blend to have any Annandale whisky in it.

Incredibly easy-drinking whisky, it skillfully brings together some
of the nest Grain Scotch whiskies alongside Highland and Speyside
Single Malts, taking the senses on a soft, fruit driven journey that’s
rounded of with subtle hints of peat smoke. 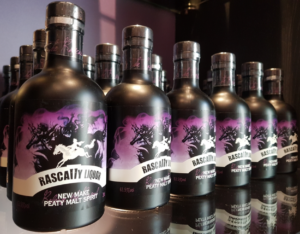 Rascally peated is a clear malt spirit made from peated malt, yeast and water. With a alcohol strength of 63.5 % ABV.

Rascally unpeated is a clear malt spirit made from malt, yeast and water. With an alcohol strength of 46 % ABV Enjoy our 30-minute Classic Tour which includes an Annandale snifter and lanyard. You will enjoy an access all areas tour of the site with one of our fantastic tour guides, and three stunning tastings. Including an Annandale peated blend and both our award-winning 2015 Vintage Man O’ Words & Man O’ Sword Single Cask-Single Malts.

The spectacular story of a spirit reborn

This tour incorporates the Classic tour and focuses on the spectacular story of the rebirth of the distillery: a 14 million project. finish with a taste of Annandale’s exceptional whiskies.

Delve deeper into the distillation process

Annandale distillery welcomes you on this tour which offers the opportunity to learn even more about whisky and delves deeply into the distilling process. finish with a taste of Annandale’s exceptional whiskies.

Meet the man behind the rebirth of Annandale distillery

In this fascinating tour David Thompson will relate the whole story from june 2006 until present. You’ll learn about the archaeologists, the water diviner, the engineers, the architect and all the other ‘ characters’ involved in the projects. This will be placed in a historical context that mentions King Robert the Bruce and Robert Burns (the two RBs of Annandale). He may even recite some of Burns’ poetry!

The tour finishes with a taste of Annandale’s exceptional whiskies.

You don’t have time for a tour, not to worry. you can still experience Annandale amazing single malts whiskies at their visitors center. Hear their story and explore their range of whiskies with a short tasting. 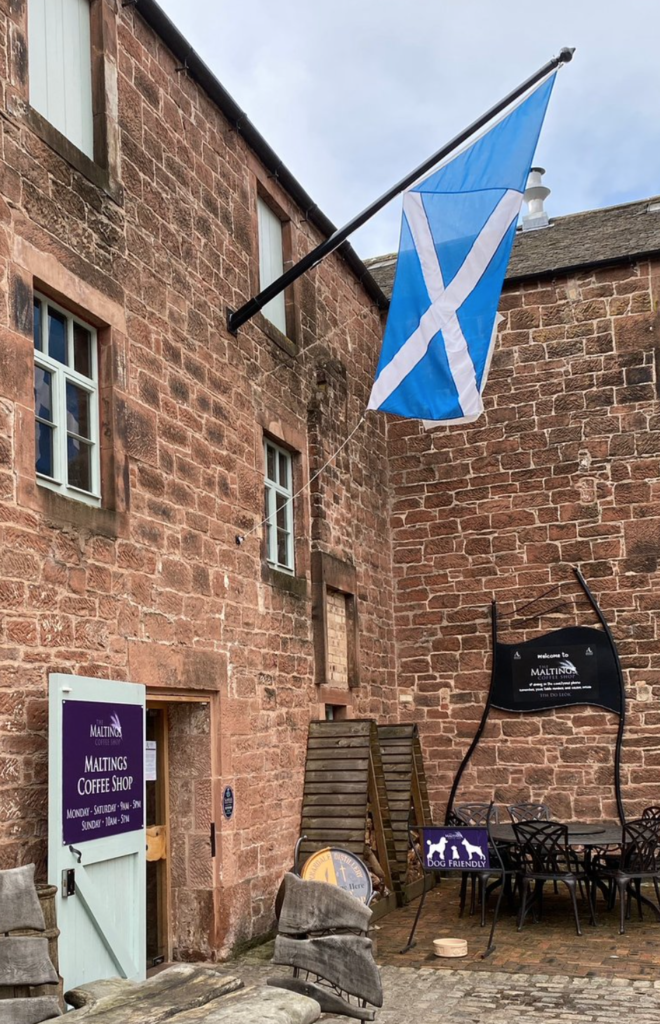