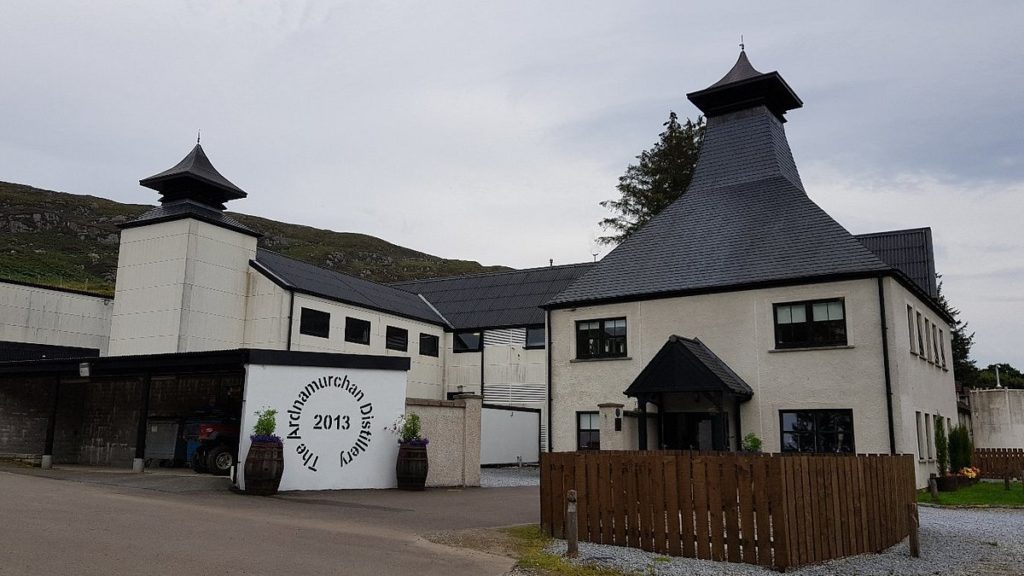 The distillery was built and is owned by Adelphi, an independent bottling company.

The distillery draws the water for its whisky production from springs above the distillery and uses the nearby Glenmore river as a source for cooling water.

Legal distilling was unknown on the remote Ardnamurchan peninsula until independent bottler Adelphi opened its distillery there in 2014. This is not however the first distillery to bear the Adelphi name.

The original was built in the Gorbals district of Glasgow in 1826, passing into the hands of Archibald Walker in 1880, making the firm the only distiller to make whisky in Scotland, Ireland and England. By 1887 it was producing over 500,000 gallons of both malt and grain whisky a year. It was bought by DCL in 1903 and its pot stills stopped four years later. Grain was made until 1932. The site is now where Glasgow’s Central Mosque stands.

Archibald Walker’s great-grandson, Jamie, started Adelphi as an independent bottler in 1993. Its current owners bought the firm in 2004.

Plans for the distillery were submitted in 2011 and approved by the local council in April 2012. The construction began in 2013 and the distillery was completed in May 2014.

Ardnamurchan commenced production in 2014. The first official whisky of the distillery (meeting the 3-year statutory requirements) was released in 2017.

In 2018, local children were given a charitable gift of Ardnamurchan whisky casks as an investment. 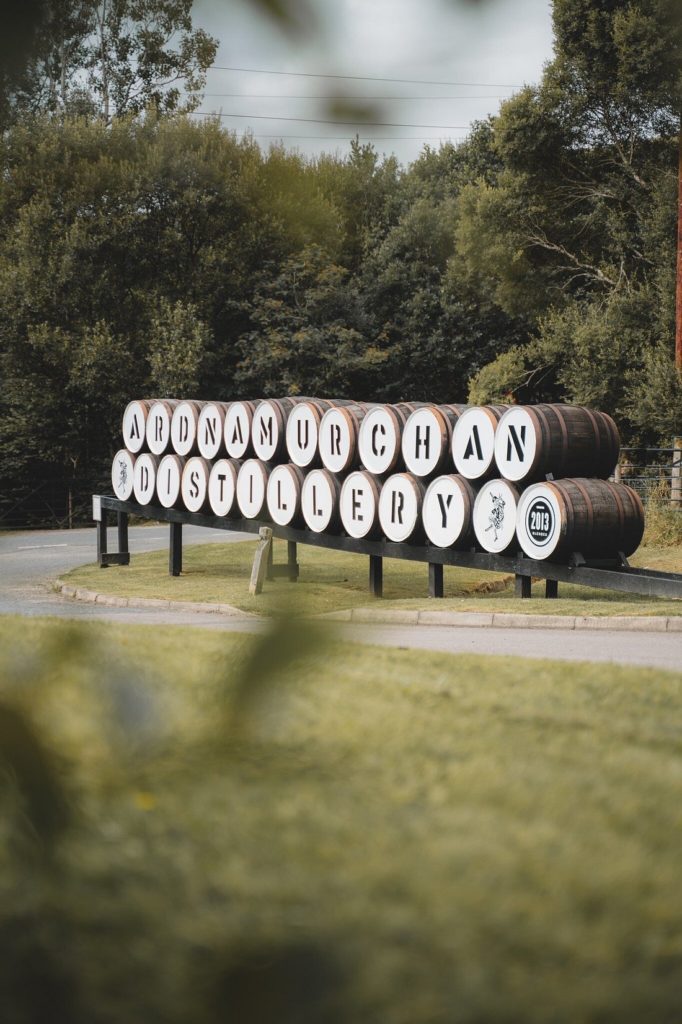 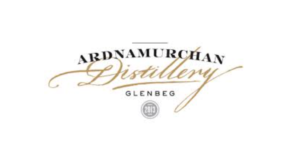 1826
The Loch Katrine Adelphi Distillery built 1826 by Charles and David Gray on the banks of the River Clyde just south of Victoria Bridge on the northern edge of the Gorbals.
1840's
Andrew Usher perfects the art of blending, becoming the Father of the modern whisky industry.
1860
William Gladstone passes a law allowing Scotch whisky to be matured tax-free until ready for sale. Punch Magazine celebrates with the cartoon of the Dancey Man.
1880
Ownership of Adelphi changes to Messrs A Walker and Co, owners of two existing distilleries in Liverpool and Limerick. Walker and Co inject new capital and expand the works to include the making of grain spirit as well as malt. A new Coffey Still installed
1886
A Coffey still and four pot stills are all in full production and The Loch Katrine Adelphi Distillery becomes one of the largest distilleries in Scotland with an annual output of over 500,000 gallons.
1903
Adelphi bought by the Distillers Company Ltd.
1906
The Great Gorbals Disaster - one of the colossal washbacks in the distillery collapses, engulfing the neighbouring street in a tidal wave of alcohol and resulting in fatality. Malt distilling ceases on site.
1907
Pot stills cease production of malt whisky but grain distilling and cask maturation continue.
1932
Coffey stills cease production of grain whisky
1968
Use of the bonded warehousing ceases.
1971
Final demolition of the Loch Katrine Adelphi Distillery.
1984
Glasgow Central Mosque erected on former site of Adelphi Distillery.
1993
Jamie Walker (the great-grandson of Archibald Walker) revives the Adelphi name as an independent bottler in order to explore the mysteries of malt whisky and to make a limited number of rare, well-aged and top quality malt whiskies available to the discerning whisky enthusiast. Charles Maclean becomes Adelphi's "Chief Nose"
1994
Jamie Walker acquires copyright for Punch Magazine’s cartoon of William Gladstone and the Dancey Man is officially adopted as Adelphi’s mascot.
2003
Jamie approached by Keith Falconer and his neighbour in Argyll, Donald Houston, on a recommendation, in order to buy a hogshead of whisky. They were so impressed that they ended up buying the company.
2004
Alex Bruce, descendant of the Father of modern whisky making, joins Adelphi and begins to establish the Adelphi name among whisky connoisseurs around the world as a purveyor of rare and exceptional single casks.
2007
First thoughts of building a distillery in order to complete the full circle and service the ever-growing demand for Adelphi’s whiskies. Feasibility studies begin.
2012
Planning permission granted.
2013
First ground broken at the distillery site at Glenbeg. Successful conclusion of ground works in the presence of HSH Prince Albert of Monaco.
2014
First spirit produced at Ardnamurchan Distillery. Ardnamurchan Distillery officially opened by HRH The Princess Royal on 25th July 2014.
2016
The first bottling is released, The Ardnamurchan 2016 AD. There were 2500 bottles available to the world and it was sold out overnight.
2017
The second bottling is released, The Ardnamurchan 2017 AD. Again, there were 2500 bottles and was well received around the world. Edinburgh based company, Nevis Designs wins packaging of the year award for bottle design.
2018
In May, the distillery doubled its production to just over 400,000 L.P.A.

The third bottling is released, The Ardnamurchan 2018 AD. This time we managed to find bigger casks that had matured nicely. We yielded 5,000 bottles for this release. 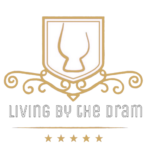 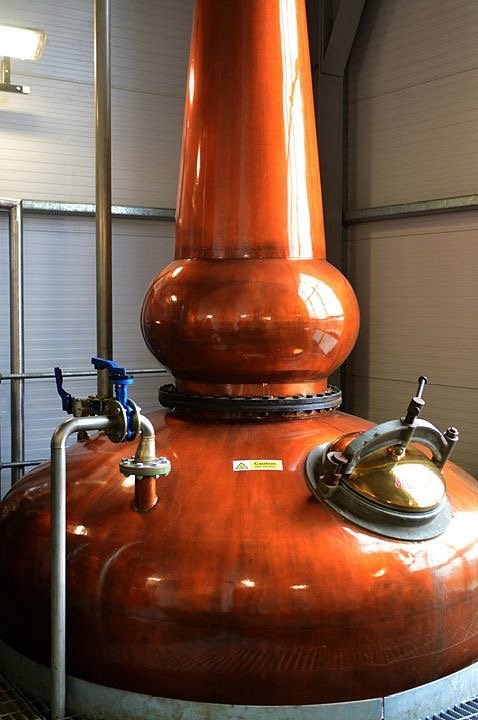 Glenmore River and springs above the distillery 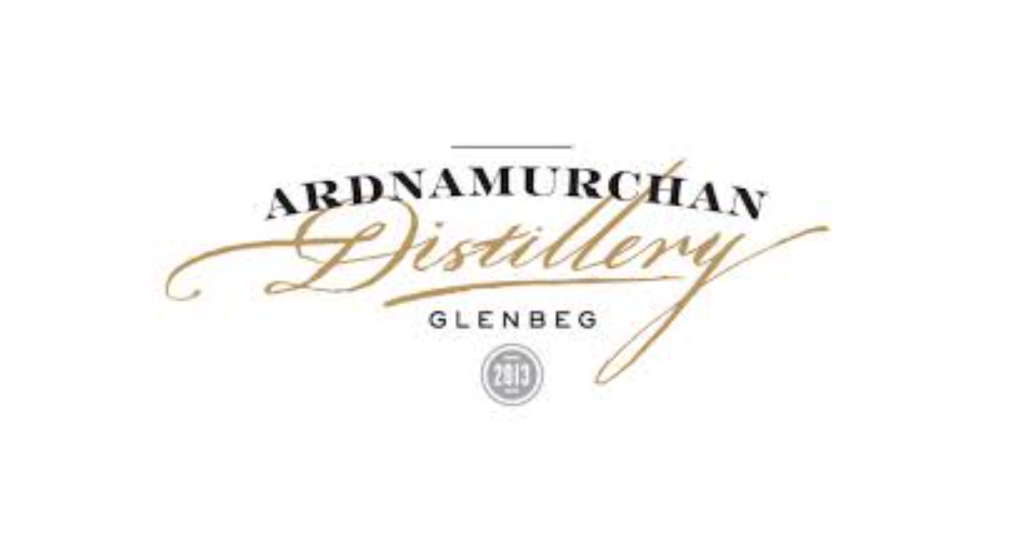 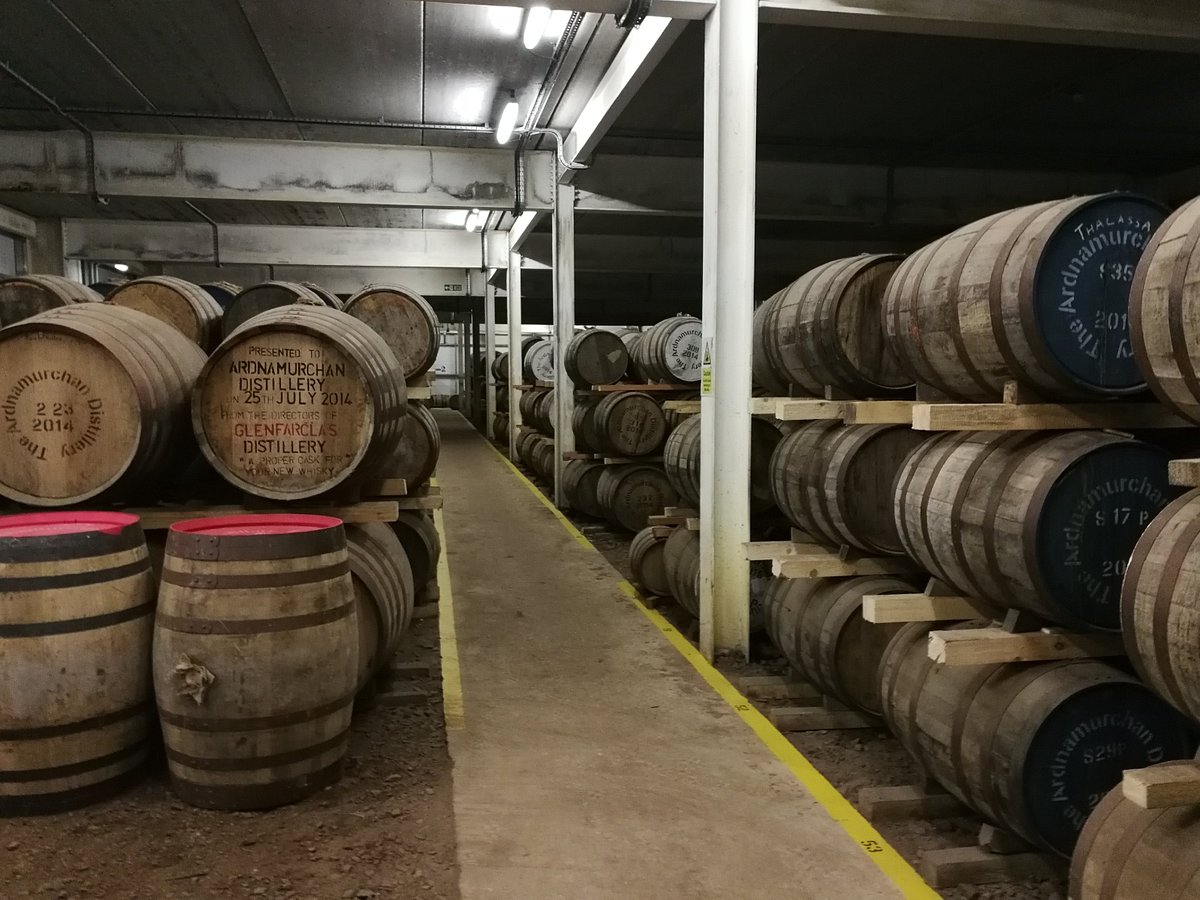 The taste profile of a typical Ardnamurchan will be:

At this point Ardnamurchan core range is: 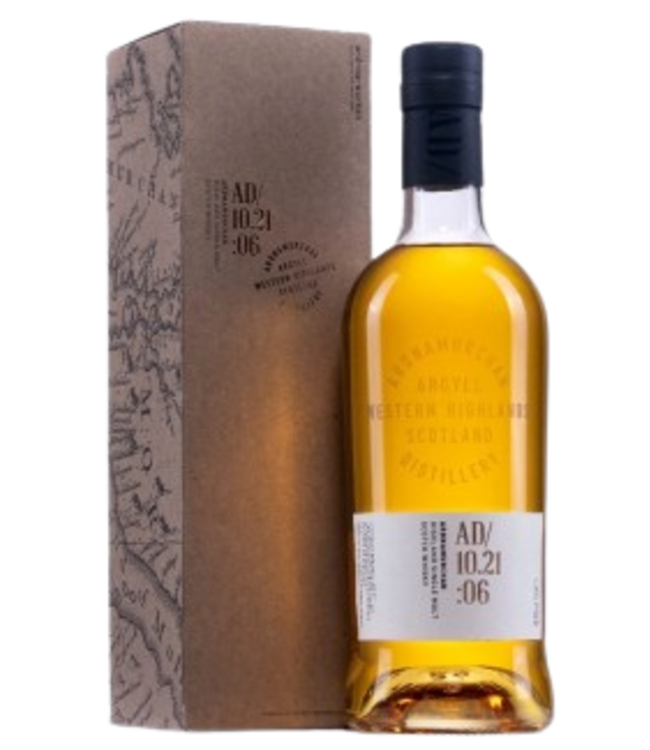 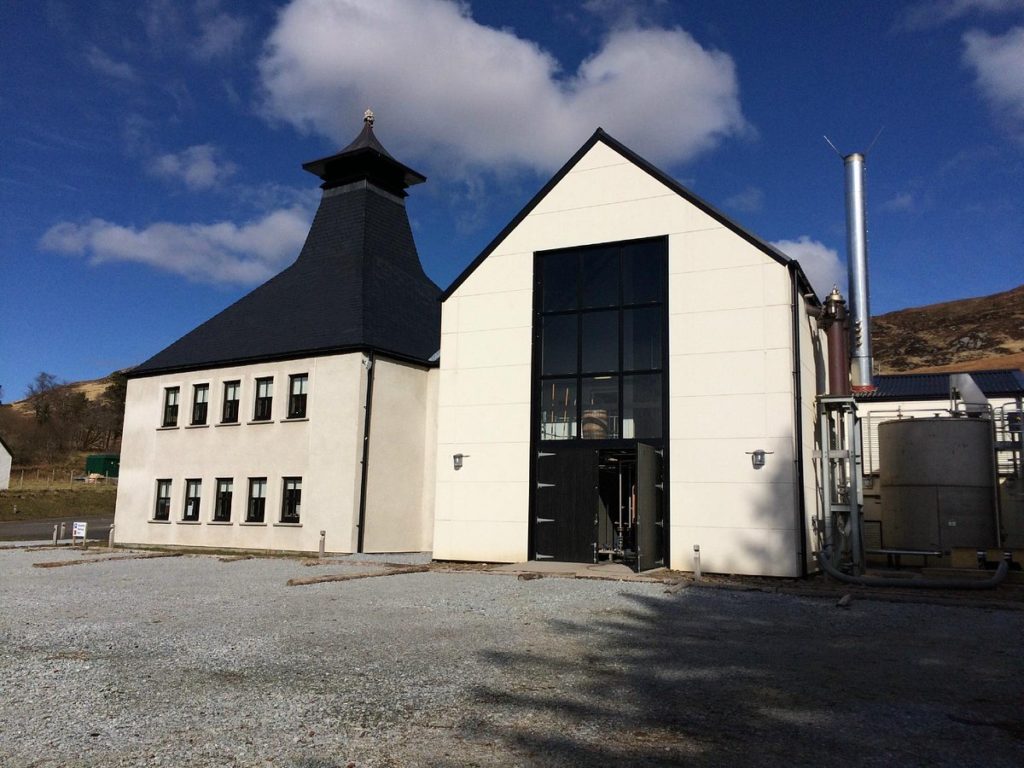 ENJOY LEARNING ABOUT THE MAKING OF ARDNAMURCHAN SINGLE MALT.

The Taste the Story tour includes a guided walk through our production and will take you through the sustainable, yet traditional, way we make Ardnamurchan whisky. Our guides will share our history with you, in this most beautiful of Scottish locations, the Ardnamurchan Peninsula. Enjoy a dram of Ardnamurchan Single Malt in the bar after the tour. Also included is your own mini AD/ Glencairn glass to keep.

Behind the scenes tour

EXPLORE IN MORE DETAIL ALL YOU WANT TO LEARN ABOUT ARDNAMURCHAN DISTILLERY.

Learn more in depth about the skills and social responsibility it takes to make Ardnamuchan Single Malt. The tour includes a guided walk through our production and a visit to the warehouses. This is the tour to book if you want to let out your inner whisky geek, ask any questions along the way and enjoy a few drams of Ardnamurchan Single Malt after the tour. Also included is your own mini AD/ Glencairn glass to keep. 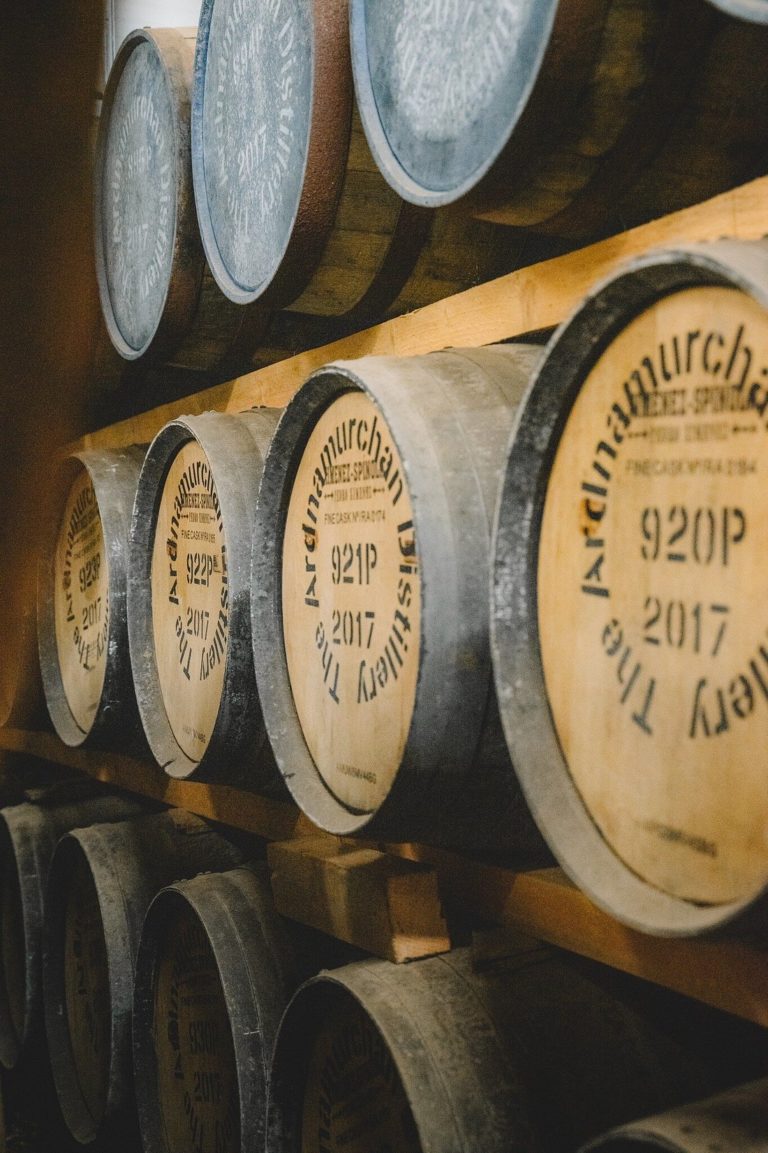