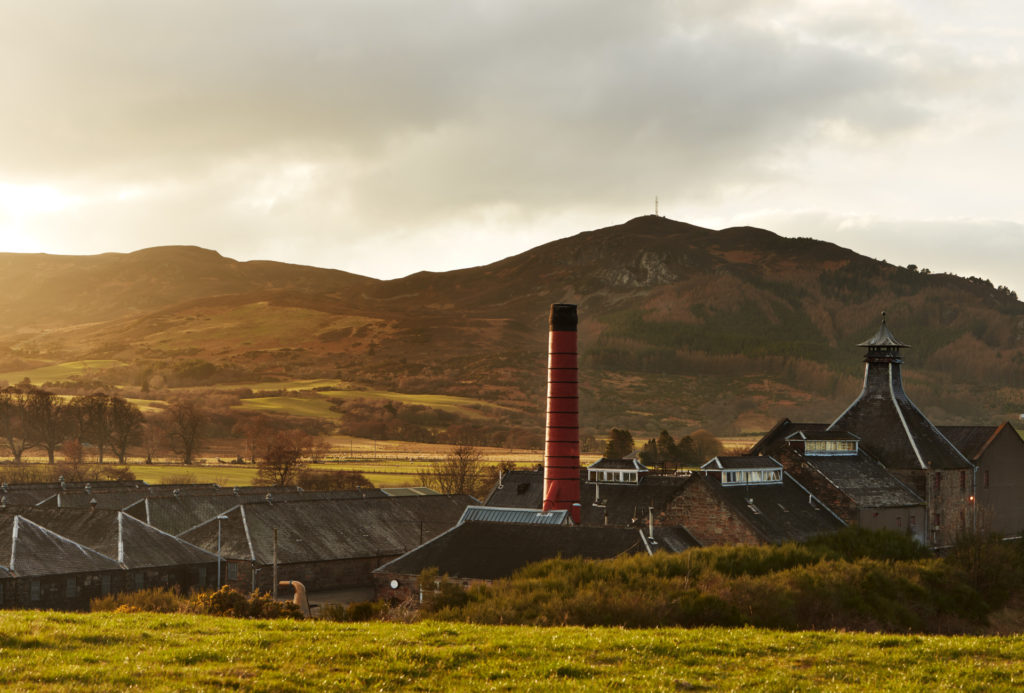 Balblair has one of the oldest archives in distilling, with the first ledger entry dated 25 January 1800. John Ross himself penned that first entry.

Balblair uses exceptionally long 62 hour fermentation and the 4 half hours of extremely slow distillation, giving it a smooth and flavorful single malt whisky.

Balblair used to release their whisky by vintage, but in April 2019 they started to release a core range of age statement whiskies. This includes but is not limited to a 12, 15, 18 and 25 year old. 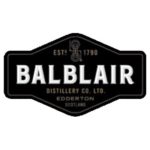 The first Balblair distillery was built by the Ross family near Edderton in 1790, but in 1872 production was shifted to a new site next to the (then new) railway line which linked Wick to Inverness. The Ross family ran the site for its first 100 years, before Alexander Cowan took charge, but like so many distilleries it suffered at the start of the 20th century and was closed in 1911, not reopening until after WWII when Churchill set out his edict that whisky needed to be made, and sold to the US.

Bottlings had been intermittent – Balblair Elements was released in 2000 – but in 2007, Inver House radically repackaged the single malt and, taking a leaf from Glenrothes’ book, began bottling it in ’vintage’ releases. From being a pretty much unknown malt, the new look and the quality of the liquid were both revelatory.

In 2013 Balblair acted as the distillery where the (fictitious) only extant cask of Malt Mill was auctioned in Ken Loach’s whisky caper ‘The Angel’s Share’.

In 2019 Balblair released a new botteling and label design and released their core range of age statement single malt whiskies started with their 12, 15 and 18 year old. Now there is also a 25 year old. 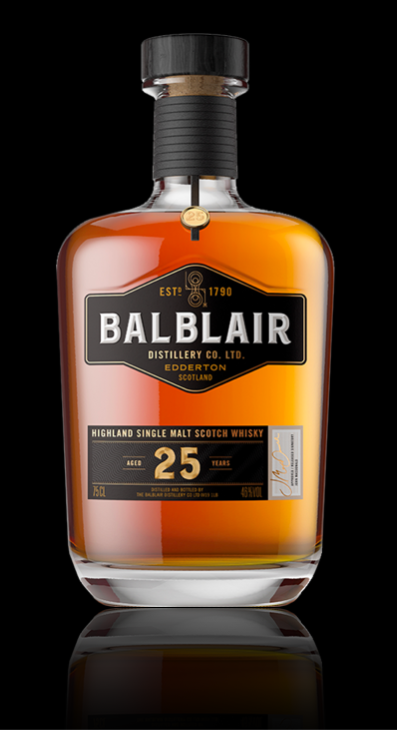 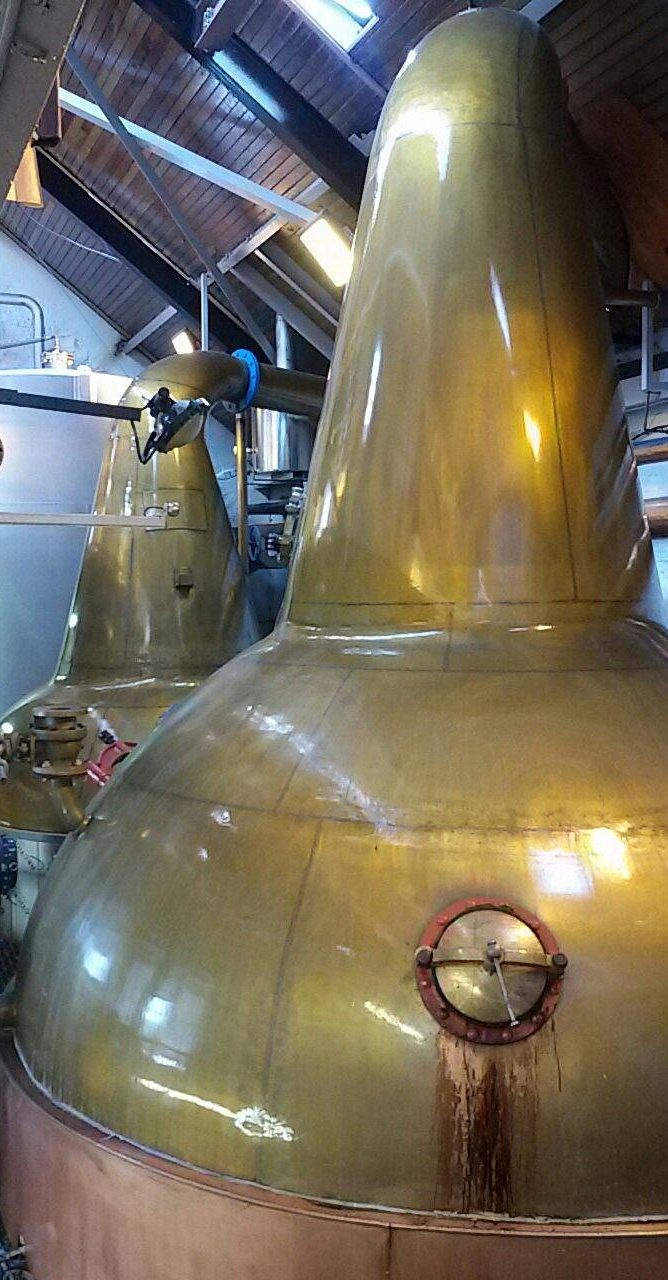 1 with 12.000 liters capacity. The shape of the spirit still is a Classic shape.

1 wash still with a capacity of 19.000 liters. The shape of the wash still is a classic shape 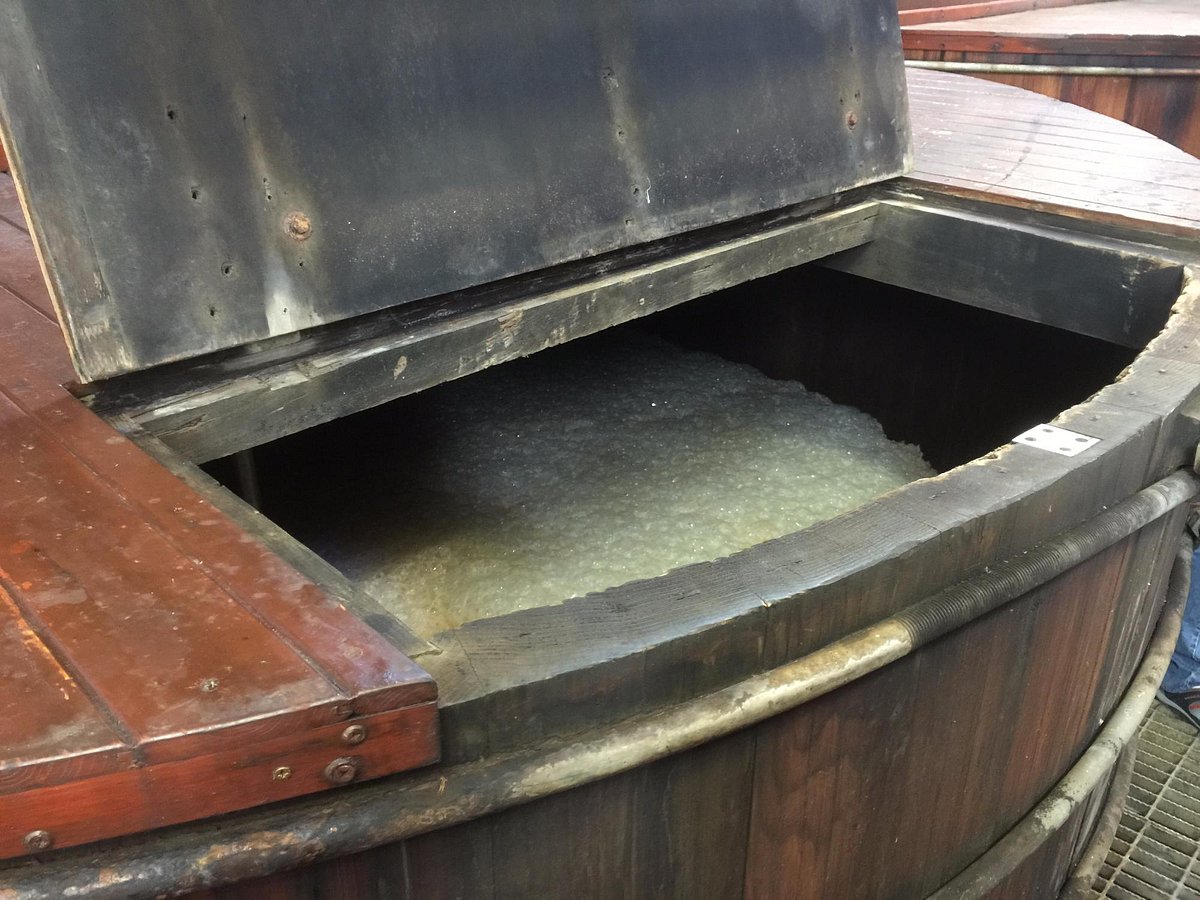 6 washbacks with a capacity of 21.500 liters each. Type of wash back used wood.

Filling strength will be 68% ABV 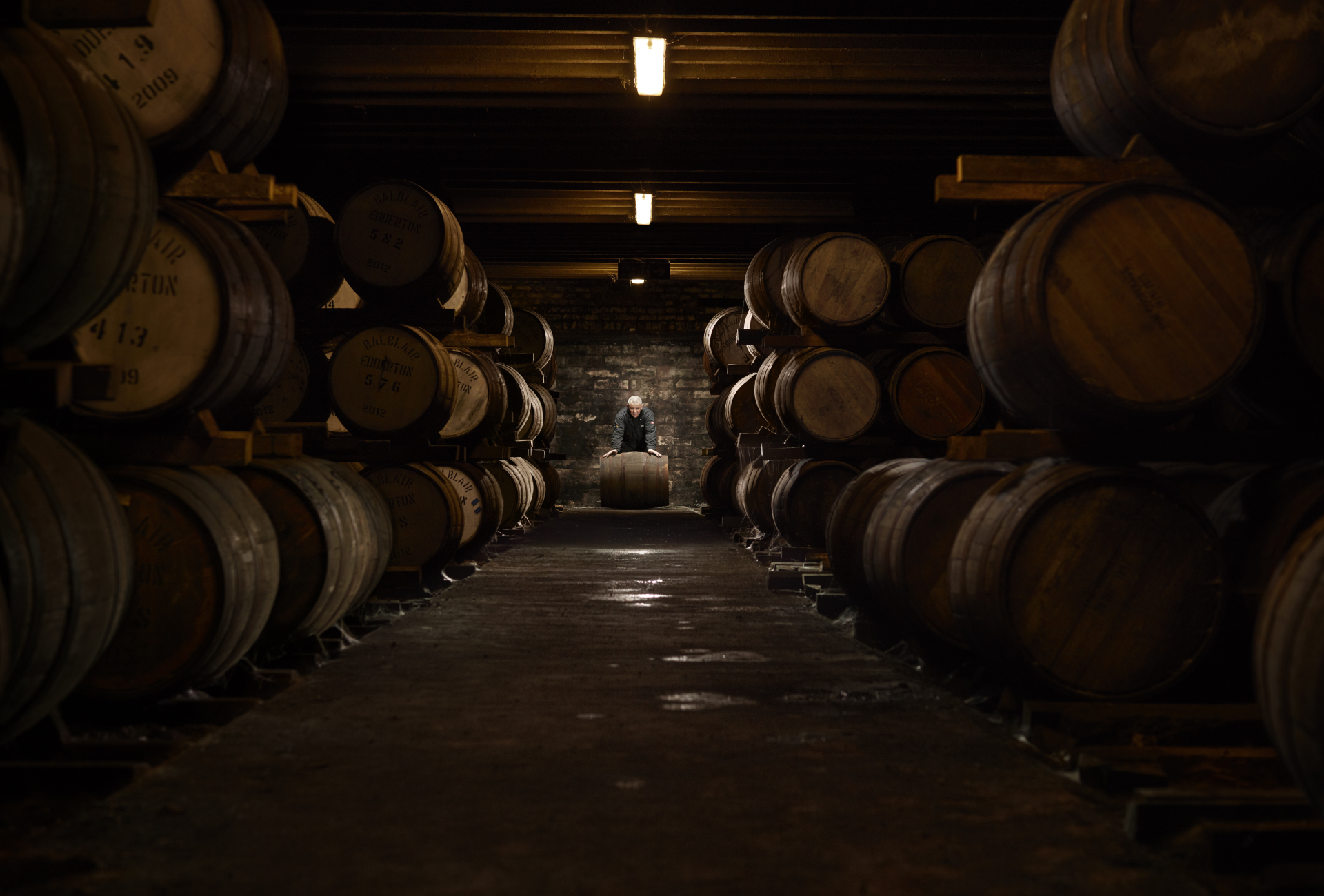 1790
Balblair distillery is founded by John Ross, whose family runs production for 100 years
1894
James Ross sells Balblair to Inverness wine merchant Alexander Cowan, who builds a new still house, mash house, kiln and barns
1911
Balblair is mothballed
1932
The last drop of whisky left in Balblair's warehouse is sold
1939
The Distillery is commandeered by the army for the duration of World War II
1948
Banff solicitor and owner of Old Pulteney, Robert James " Bertie" Cumming, purchases the distillery for £48.000
1949
Production resumes at the distillery for the first time since before Wold War I
1964
Balblair distillery expands with the addition of further warehousing and its first steam boiler
1970
Cummings sells the distillery to Hiram Walker, Which later became Allied Distillers
1996
Inver House Distillers purchases Balblair
2007
Balblair decides to only release vintage bottling, the first three of which are a 1997, 1989 and 1979 expressions
2013
vintages are replaced throughout the years as stocks run out, but in 2013 the distillery released three new vintages: 2003, 1990 and 1983
2019
Balblair stoped using vintages and released age statement bottles beginning with a 12, 15 and 18 year old. They also repackaged and reshaped the bottle for a fisher and modern look.
2019 later
later in 2019 Balblair also released their 25 year old single malt which was added to their core range. 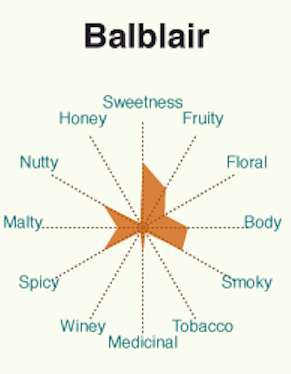 The taste profile of a typical Balblair will be: 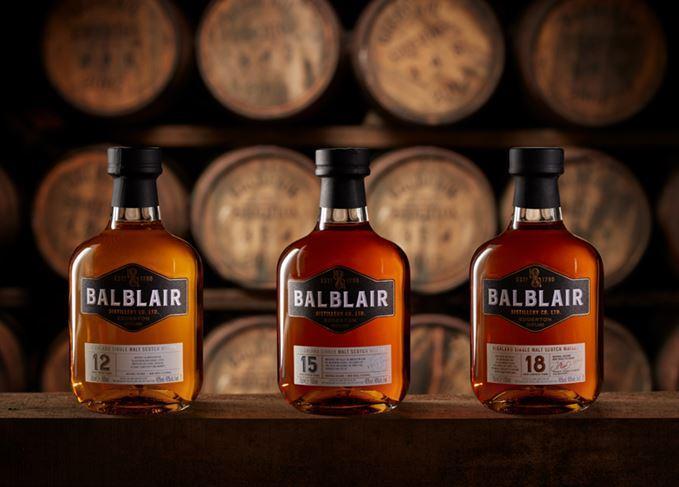 The new bottle shape and logo gives it a modern and fresh look. This style will be on all the bottles Balblair release and we can enjoy it for years to come.

This will also mean that in time the older packaging and bottles will disappear from the shelfs and will be collectables.

At this point Balblair’s core range is: 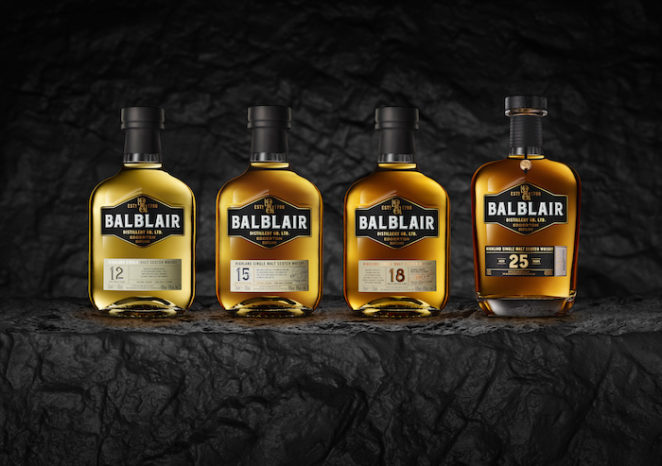 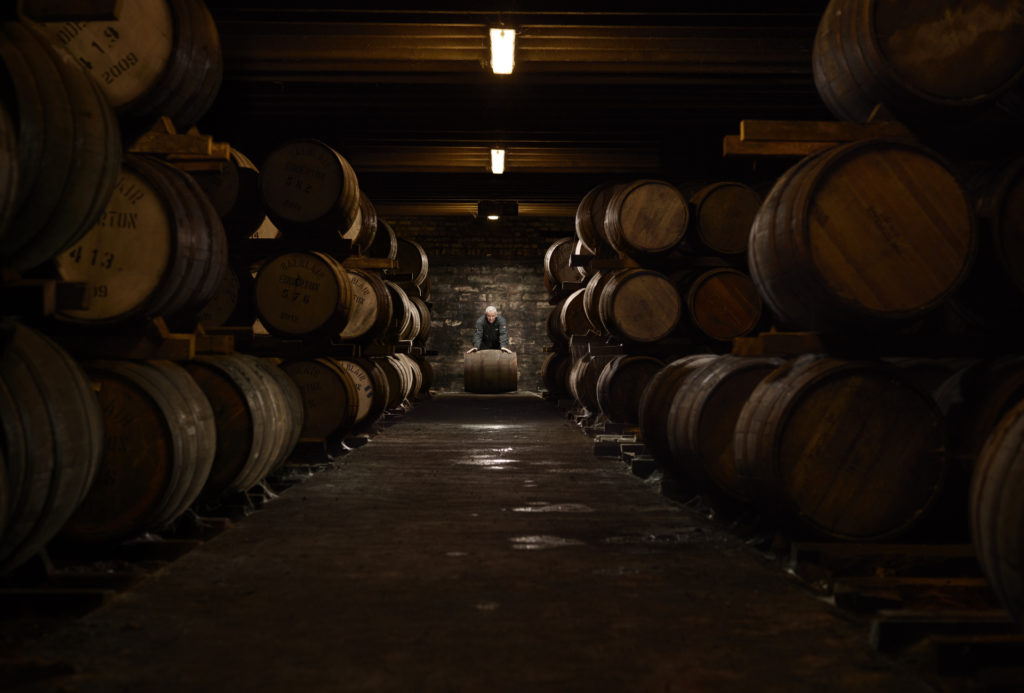 A unique guided masterclass will take you through their Balblair 12 & 15 and 18 Year Old single malt whiskies and a specially selected single cask.