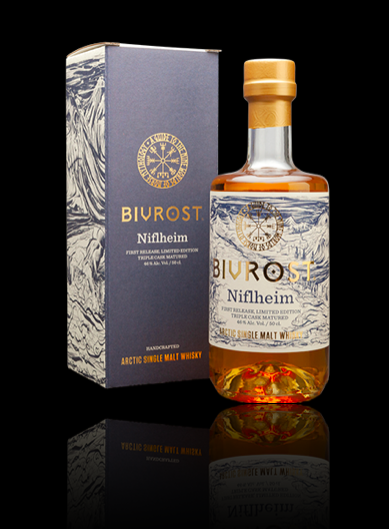 Niflheim (“world of fog”) is one of the Nine Worlds of Norse mythology and the homeland of darkness, cold, mist, and ice.

In Snorre Sturlasson’s “Edda”, the place is referred to as a cold and misty place where the ice is several meters thick and holds the earth with an iron grip. Niflheim borders the void in the middle, the pit of Ginnungagap.

NIflheim is considered the counterpart to Muspelheim, the world of fire and heat. With the heat from Muspelheim and the cold from Niflheim, fog was created and became everlasting.

The first being, the giant Ymir, was born when ice from Niflheim and fire from Muspelheim met in the middle of Ginnungagap. Ymir fed on the milk of the primeval cow, Audhumbla. He is the ancestor of all Jötnar. Ymirs’ flesh was later used to create the earth and sea. Those who do not die a heroic or remarkable death roam in Niflheimr forever. 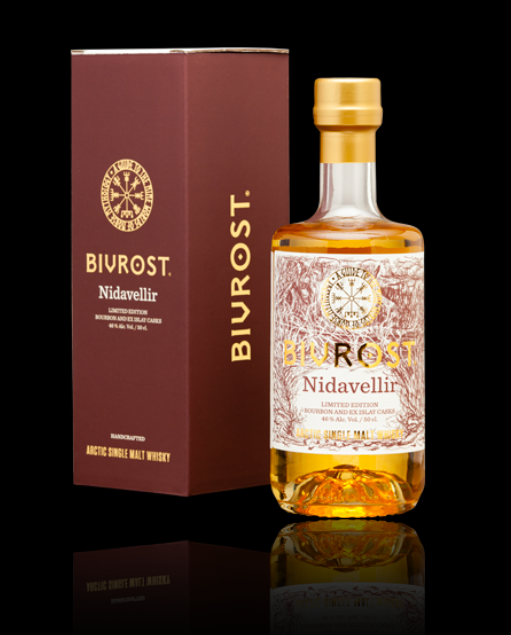 Nidavellir is one of the nine worlds of norse mythology. It is described as a dark place with golden halls. The king in Nidavellir is called Hreiðmar and because of greed, his son was turned into a dragon – Fafnir – who guards the kings hall. Later Fafnir is killed by Sigurd and his sword “Gram”. Nidavellir is home to the dwarves that forged the chain “Gleipnir”, which they used to bind the wolf Fenrir.

The description of Nidavellir comes from “Voluspa”, which is the first and best known poem of the Poetic Edda (Collection of old Norse poems). It tells the story of the creation of the world and its coming end, related to the audience by a völva (seeress) addressing Odin. In the poem of Völuspá it says: “Stóð fyr norðan á Niðavǫllum salr ór golli Sindra ættar, ęn annarr stóð á Ókólni, bjórsalr jǫtuns,ęn sá Brimir hęitir”. This part of the creation poem of Völuspá connects the bloodline of Sindri to a Viking called Sindri to a golden hall and there is aslso giant called Brimir. 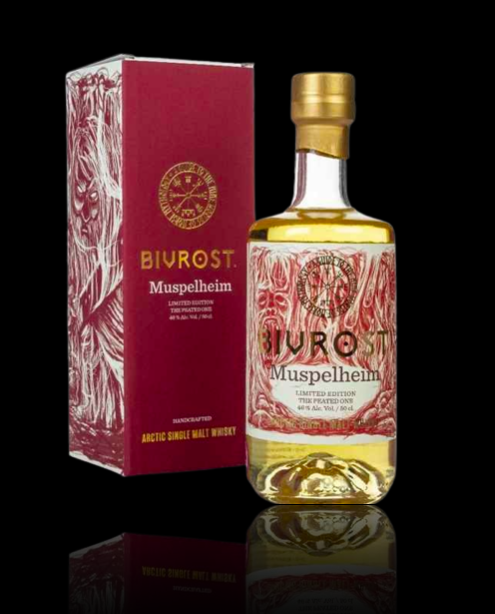 Muspelheim is one of the Nine Worlds of Norse mythology. It has been described as a hot and glowing land of fire, home to the fire giants and guarded by the jotunn Surtr with his flaming sword. Muspelheim has a significant role in both the creation of the world and its ultimate end. In the sagas, fire from Muspelheim and ice from Niflheim meet in the middle of the void of Ginnungagap and forge the giant Ymir and the world. When the fire giant Surtr and his sons ride over the northern light bridge, Bivrost, it will be the end of days, or as it is called in the old sagas; Ragnarok:

In the midst of this clash and din the heavens are rent in twain,
and the sons of Muspell come riding through the opening.
Surtr rides first, and before him and after him flames burning fire.
He has a very good sword, which shines brighter than the sun.
As they ride over Bifrost it breaks to pieces, as has before been stated.
The sons of Muspel direct their course to the plain which is called Vigrid….
The sons of Muspel have there effulgent bands alone by themselves. 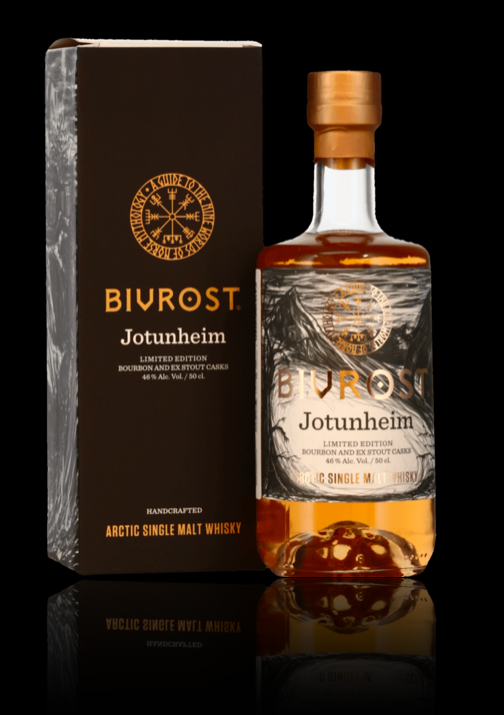 Jotunheim is the world of giants – or Jotnar as they are named in ancient Norse mythology. The Jotnars are the worst enemies of the gods and there are many tales of fights between them. Jotunheim consists mostly of rocks, wilderness, and dense forests, and it lies in the snowy regions on the outermost shores of the ocean.
The most famous jotnar is Loki – the god of mischief, who was accepted by the gods and lived in Asgard until he was punished. He is the father of Hel, the wolf Fenrir, and the world serpent Jörmungandr. He is often referred to as the god of mischief, because of his many tricks towards the gods. Loki sometimes assists the gods and sometimes behaves badly towards them, like in the incident where he caused the death of the god Baldr.
Another tale from Jotunheim is when the thundergod Tor visited Utgard–Loke and competed with the jotnars on a number of challenges. One of the challenges was to be able to empty a large beer drinking horn. The jotnars told Tor that he should manage the whole beer horn in one gulp, because there were few who needed two sips, and almost no one who needed three. But, even after three sips, the horn had not become very empty. It eventually turned out that at the other end of the horn that Tor drank from, lay the sea itself, and even the sea had sunk when Tor drank. That’s why we have the tides. 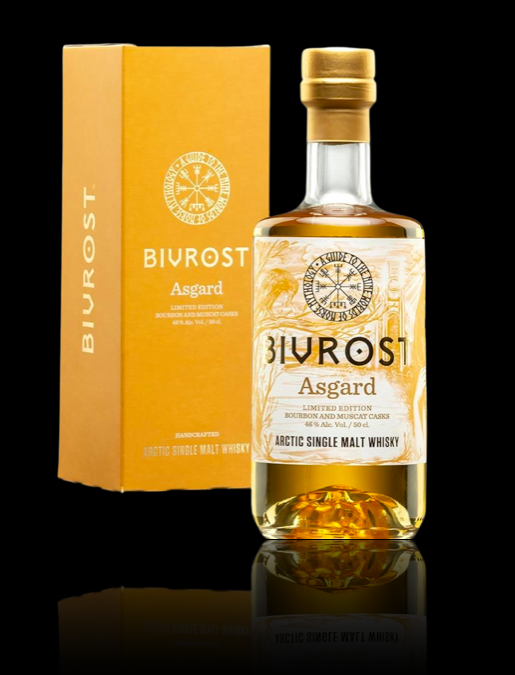 Asgard is the home of the Æsir – the gods of Viking Norse mythology. This world is connected to Midgard, the home of men, by the northern light bridge, Bivrost. Sitting atop Bivrost, is the mighty Heimdall. The powerful God, whose mission it is to guard both Asgard and Midgard, the land of men.

In the centre of Asgard you will find Odin’s mighty hall, Valhalla. Valhalla is fortified with a golden hall where the souls of mighty warriors arrive after their deaths in battle. It also serves as a home to the Valkyries, who oversee the souls of the dead and guide them to Valhalla. Odins dead warriors are all expected to join him in battle and they train daily against each other to hone their combat skills. Many of them are slain during training, but rise again in the evening to go feasting in Valhalla with the gods.

Both men and gods were controlled by the “Nornir”, three powerful goddesses who weaved the thread of life for all gods and men. The Nornes were called Urd, Verdandi, and Skuld, and reside at Urd’s sacred Well, where they draw water to nourish Yggdrasil, the tree at the center of the cosmos and prevent it from rot. These three Norns are always present when a child is born, in order to determine the person’s future. As so they are linked with both good and evil.