The Bunnahabhain Distillery Pronounced ‘Bunn-na-ha-venn’, meaning ‘mouth of the river’ in Scots Gaelic was founded in 1881 near Port Askaig on Islay. The village of Bunnahabhain was founded to house its workers.

Initially the distillery was owned by the Islay Distillery Company, but in 1887 it was taken over by the Highland Distilleries Company.

Since 2014 the distillery has been owned by Distell and is one of ten active distilleries on the island.

The Bunnahabhain is one of the milder single malt Islay whiskies available and its taste varies greatly from other spirits to be found on the island of Islay, off the west coast of Scotland. 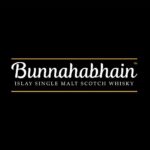 Islay’s remote north east coast might seem a strange place to find a substantial Victorian distillery, but it was chosen in 1881 by William Robertson (of Robertson & Baxter) in partnership with Greenlees Bros. as the perfect spot for his island vision. Constructing it meant not only building the distillery but houses as well, putting in a road, and adding on a pier so that casks and barley could come in, and whisky go out. It cost Robertson £30,000 (£2.6m in today’s money). In 1887, when Bunnahabhain merged with Glenrothes, Highland Distillers [now Edrington] was formed.

While other Islay distilleries sold their make as single malts and for blending, Bunna’s destiny was always with the latter. While it was used across the industry, it performed a central role in three R&B blends: Famous Grouse, Cutty Sark and, in time, Black Bottle.

Rapid growth for Scotch in the early 1960s saw the stills being doubled in 1963, the same year as the floor maltings came out. Its good fortunes weren’t to last and like many distilleries it was mothballed in 1982. Although this only lasted two years, production levels were kept low for many years. By the end of the 1980s it was finally ready to emerge as a single malt with the tag-line ‘the unpronounceable malt’. The vast bulk of its make was however still making its way into blends.

Despite an upturn in the whisky market, Edrington sold it (while retaining fillings contracts) in 2003 to Burn Stewart for £10m. Burn Stewart itself was owned by Trinidad-based conglomerate CL Financial which went spectacularly bust in 2009. In 2013 CL’s receivers sold Burn Stewart to its long-term South African distributor, Distell. Since then production levels have increased as have sales of the single malt – with significant success in Africa and Taiwan.

In 2017 Distell announced an £11 million investment in upgrading Bunnahabhain’s ‘scruffy’ appearance, and transform the site into a ‘world-class whisky destination’.

The three-year upgrade programme began in 2019 with the demolition of shoreline warehouses, which will make way for a new visitor centre.

In 2021 Bunnahabhain opened their new Visitor Centre and their new brand design. with releasing their core range single malt whisky at 46.3% ABV, non chill filtered and with natural colour. 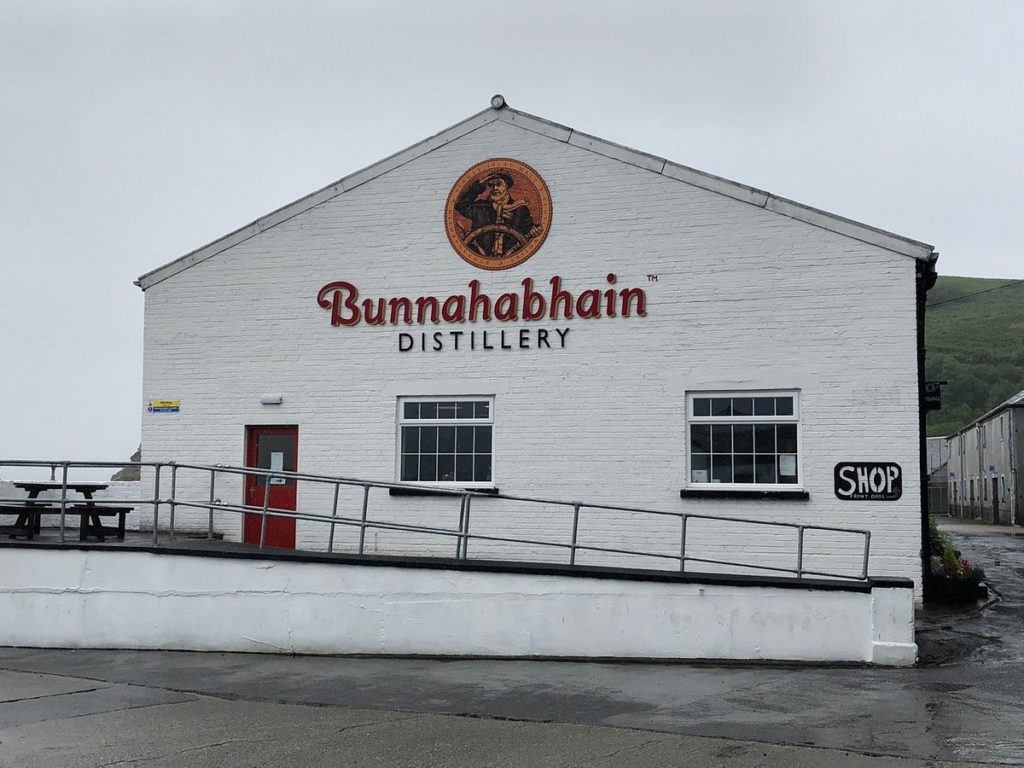 1881
William robertson, along with William endgames Greenlees of Islay Distillers Co., establish Bunnahabhain
1883
Production officially begins at the distillery
1887
Islay Distillers merges with William Grant & Co to form Highland Distillers
1963
The number of stills are doubled to four while the floor malting are torn out
1979
Bunnahabhain's classic 12 year old Single Malt Scotch Whisky was introduced to the world.
1982
Following a downturn in the market, Bunnahabhain is mothballed
1984
Production recommences, albeit at a low level

After a short closure in the 1930s, Bunnahabhain saw one of the biggest changes in its history in 1960, when a new road was built to the distillery. Supplies could now reach us much easier by land – albeit, a hilly and challenging drive.

1993
Last boat docked at the dock at Bunnahabhain

1993 marked a historic moment in Bunnahabhain’s history as the last boat docked as the road was deemed the most suitable route for receiving ever increasing ingredients and supplies.

1999
Edrington Assumes control of Highland Distillers
2003
Bunnahabhain and its stablemate, Black Bottle, are sold to Burn Stewart (CL Financial) for 10 million pound
2006
In 2006, 3 years after being purchased by Burn Stewart Distillers, a major rebrand was launched, with a redesign of the 12 year old packaging, and the launch of 18 year old and 25 year old variants.
2013
Burn Stewart is sold to Distell after CL Financial goes bust
2017
Distell announces 11 million pound investment to upgrade Bunnahabhain's 'scruffy'appearance
2019
The Three-year upgrade gets underway
2020
Bunnahabhain's whiskies returned to being produced non-chillfiltered, with a natural colour at 46.3 % ABV.
2021
The opening of the new Visitor Centre and their new brand design
“Whilst Islay is known for its peated whisky, Bunnahabhain stands apart with its signature unpeated style.

With the tallest stills on the island and the only distillery to use water from a natural spring, Bunnahabhain is known for its sherried, delicate, complex and unpeated single malt.” 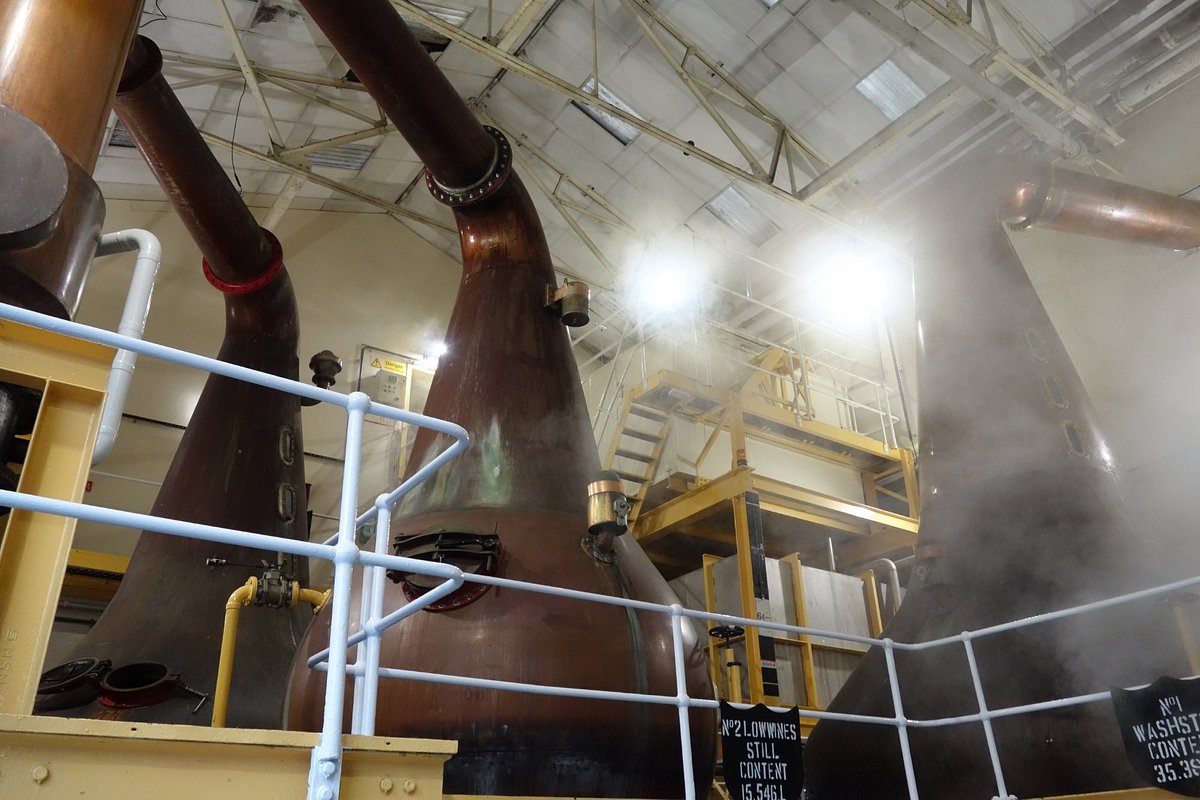 The shape of the spirit still is a pear shaped still. 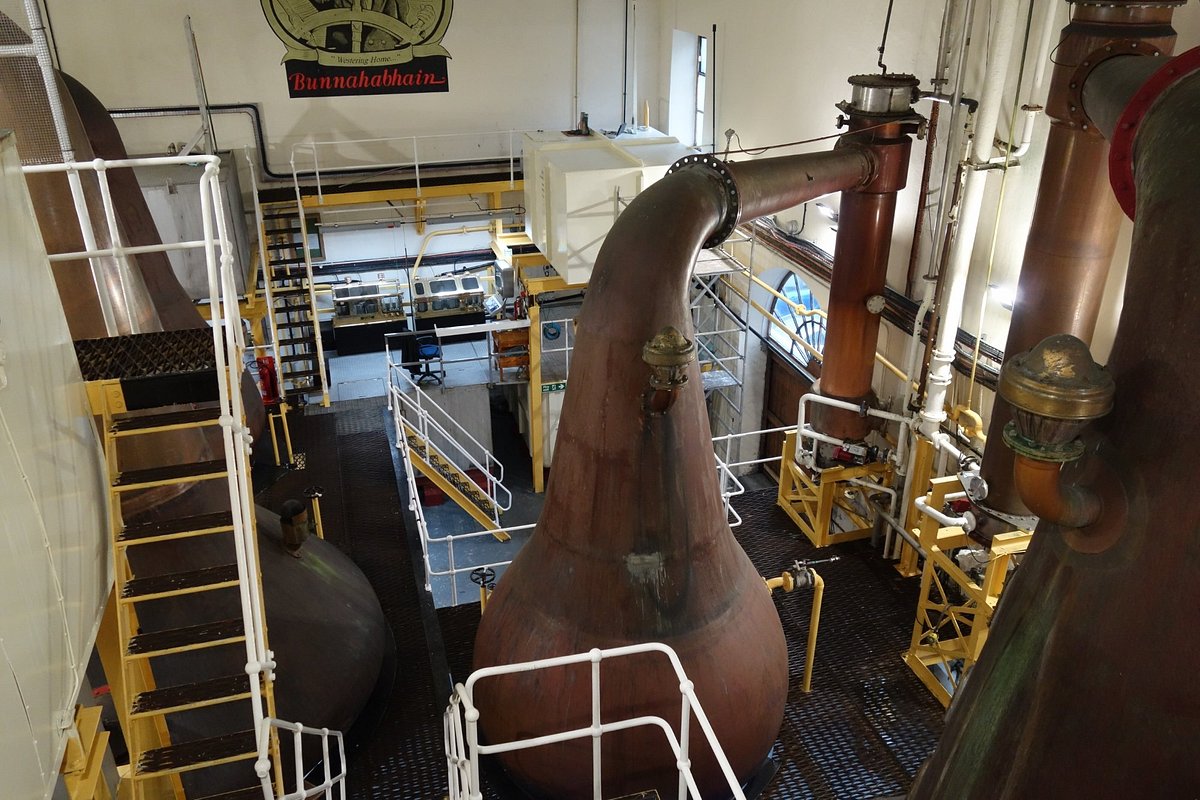 The shape of the wash still is an onion shaped still.

For the process they use the Margadale Spring.

For the cooling they use Loch Staoisha. 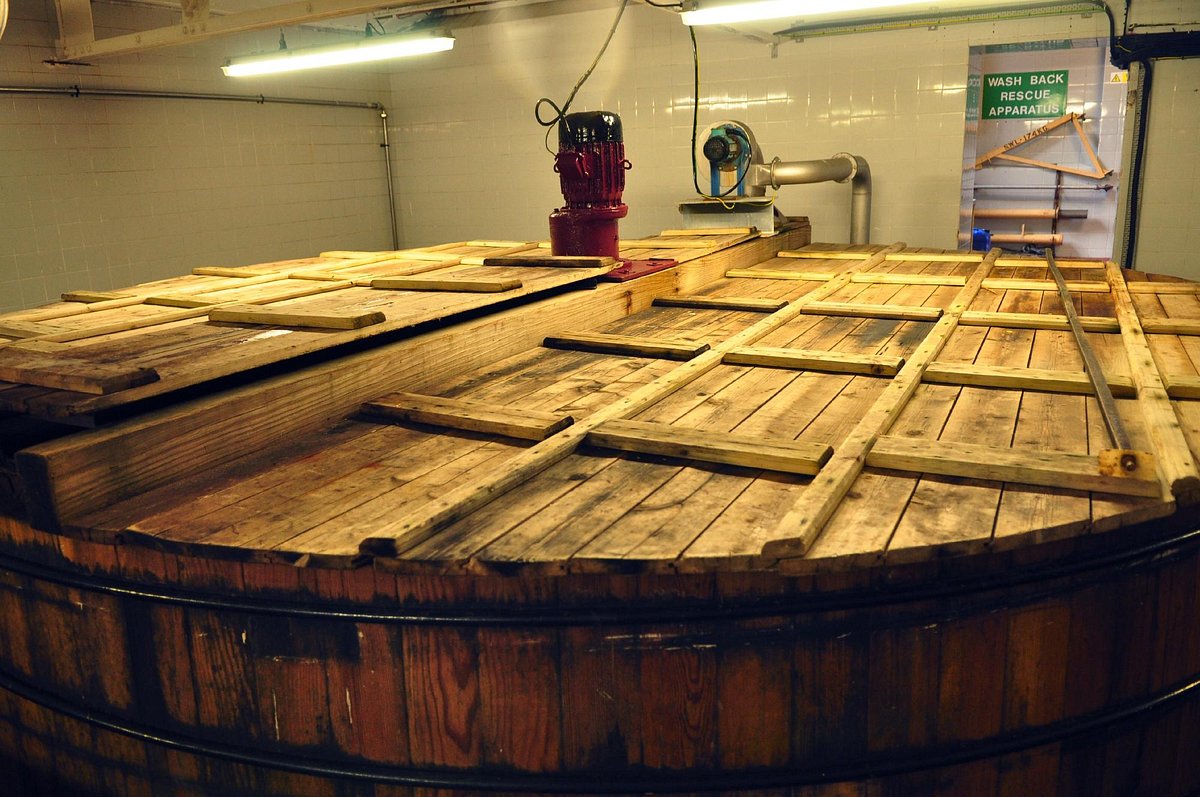 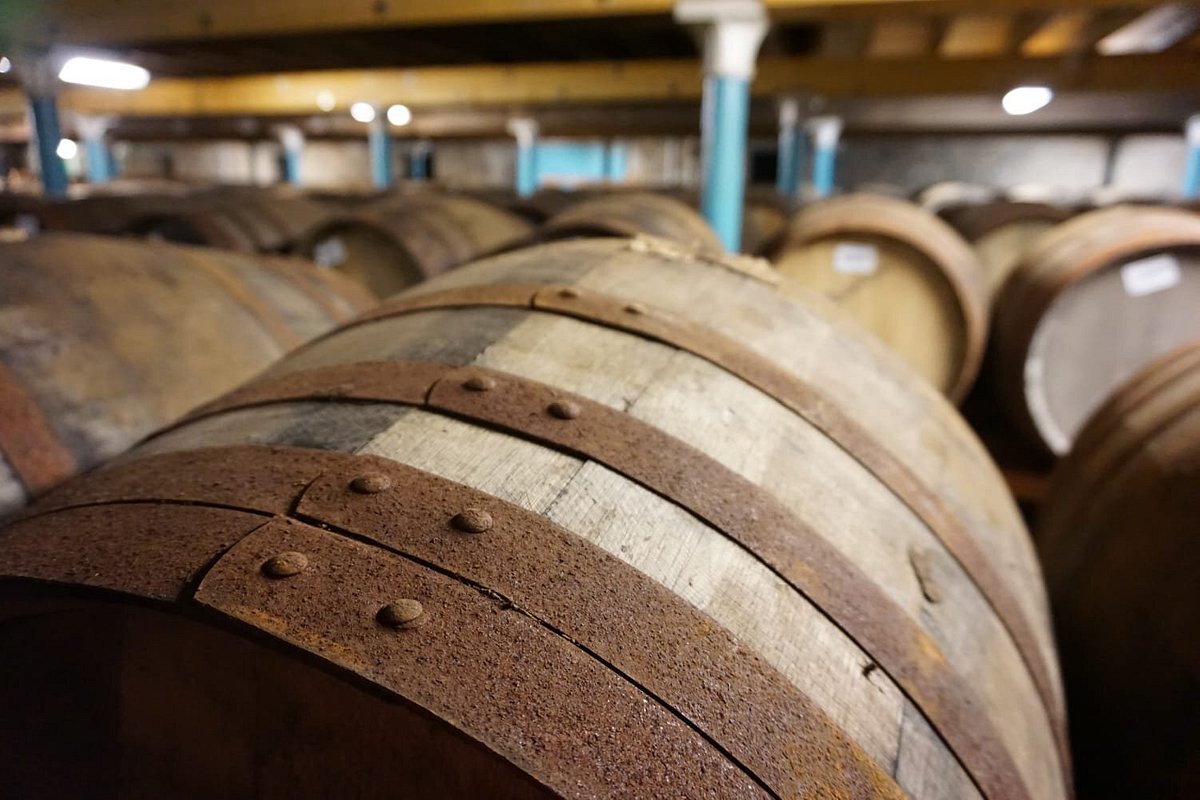 The taste profile of a typical Bunnahabhain will be:

Medium is floral notes and body 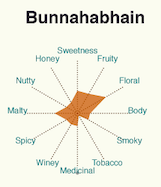 At this point Bunnahabhain’s core range is: 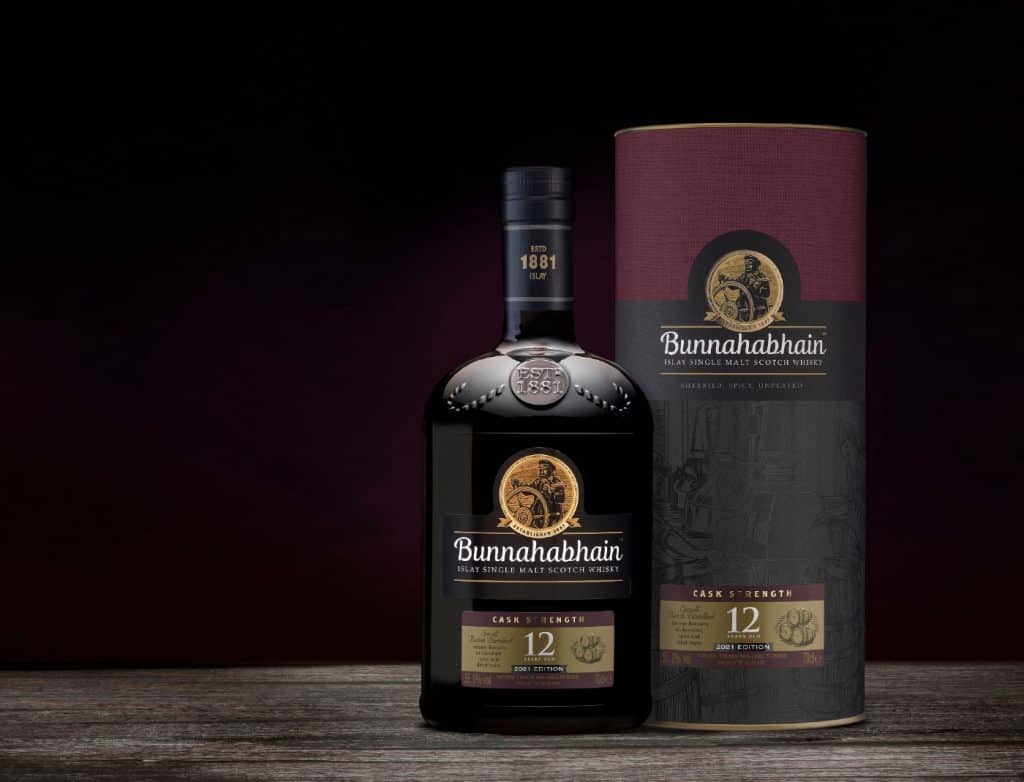 All the bottles released by Bunnahabhain sorted by year.

Started from the beginning until present. 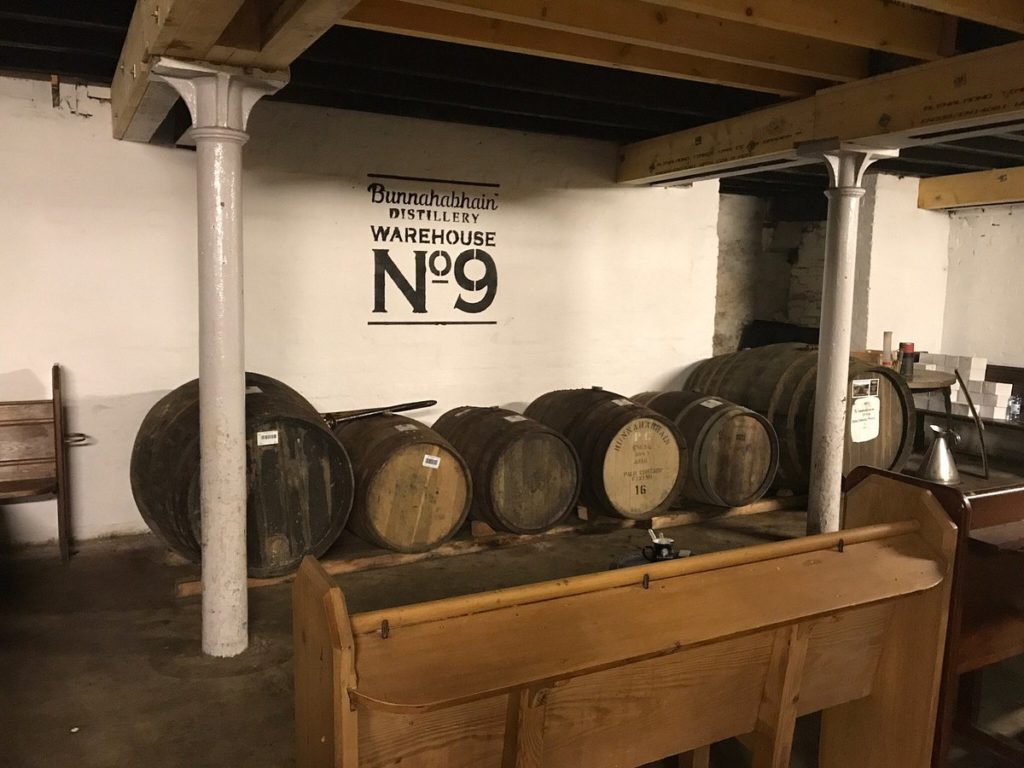 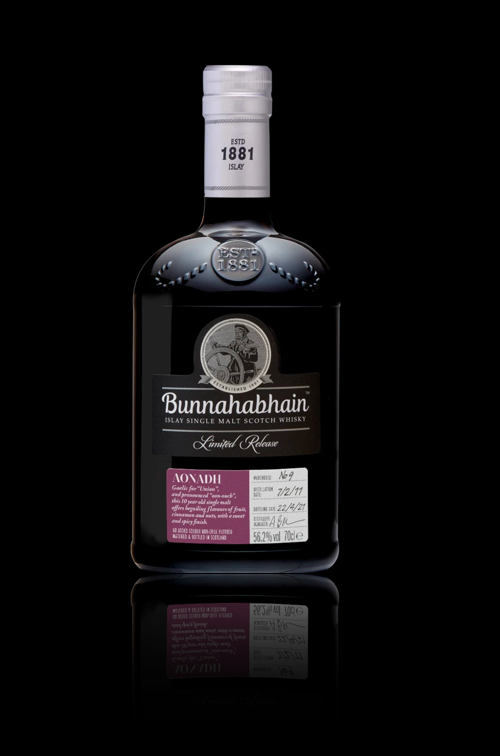 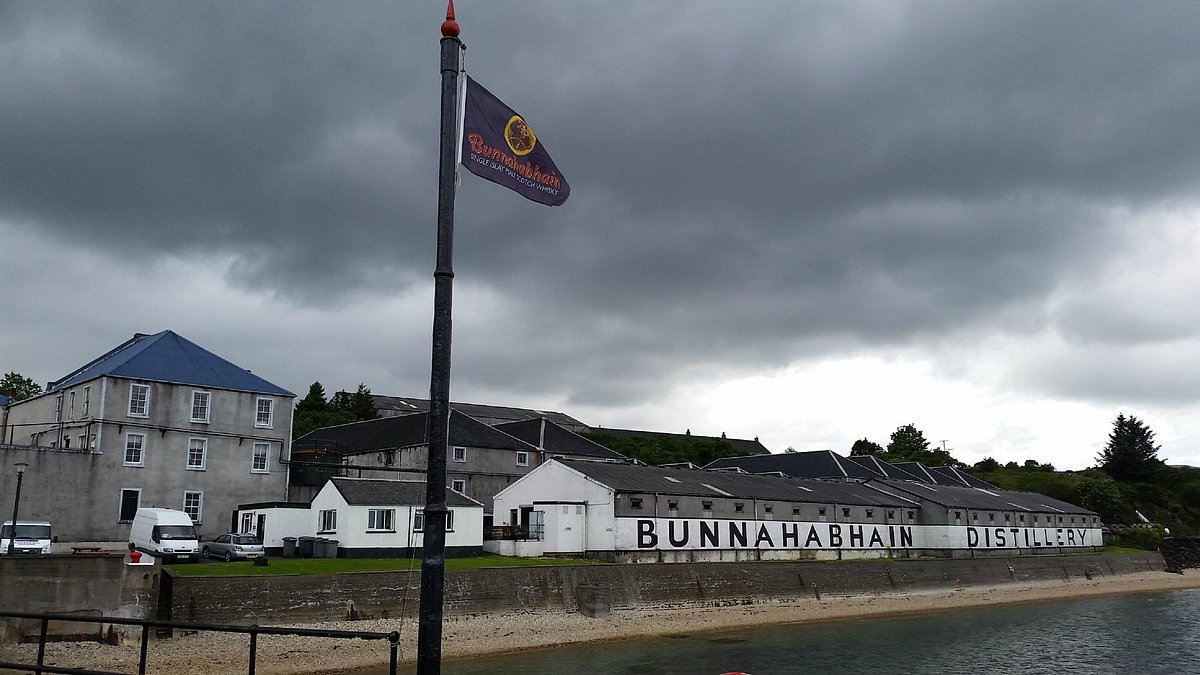 4 drams cask strength drams comprising some single cask expressions from our WH9 casks and from some of our annual Limited Editions/Special Releases:

There will be an opportunity at the end of the tasting to purchase a bottle of your favourite sample in our visitor centre shop.

The Warehouse 9 tasting at Bunnahabhain is one of our most popular experiences at the distillery and a must visit while on Islay for whisky lovers. Behind the No9 black door our converted floor maltings are now home to our Bunnahabhain whisky maturing in the very best American and European oak casks.  Surrounded by our maturing inventory you will be able to enjoy an exclusive tasting of unpeated and peated (Moine) Bunnahabhain – straight from the cask. 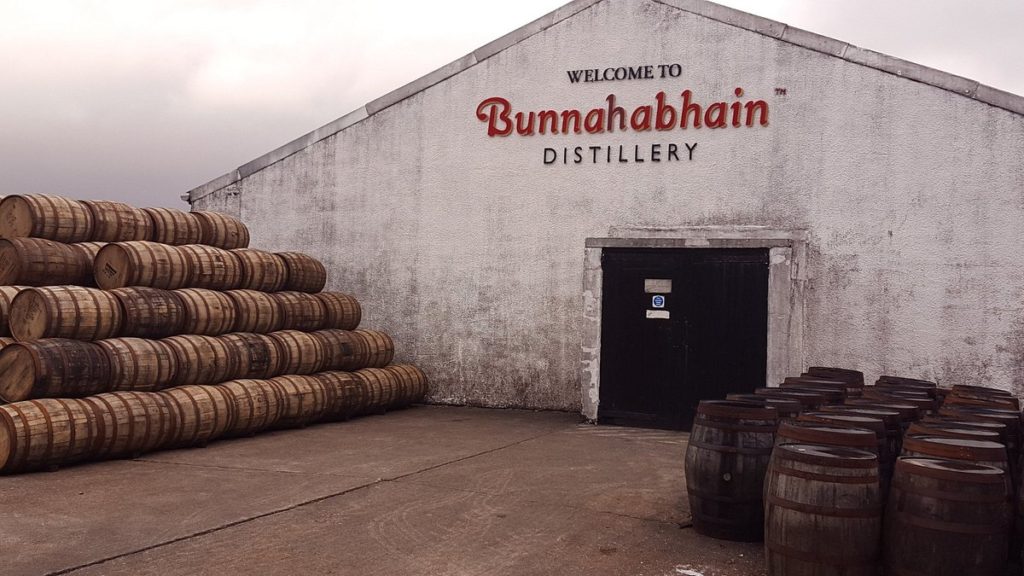 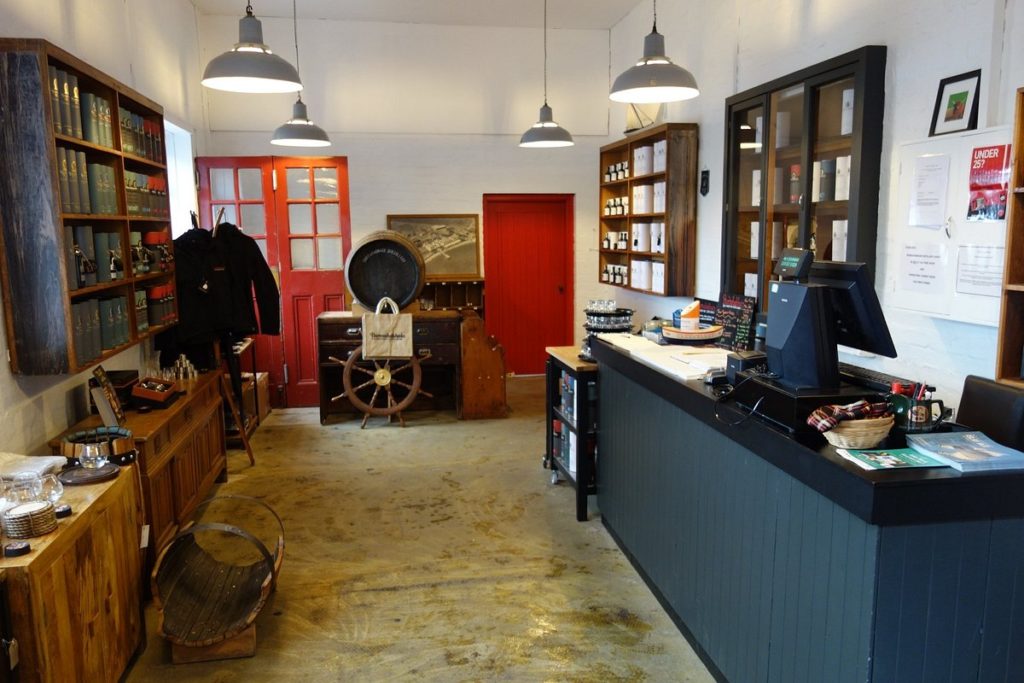