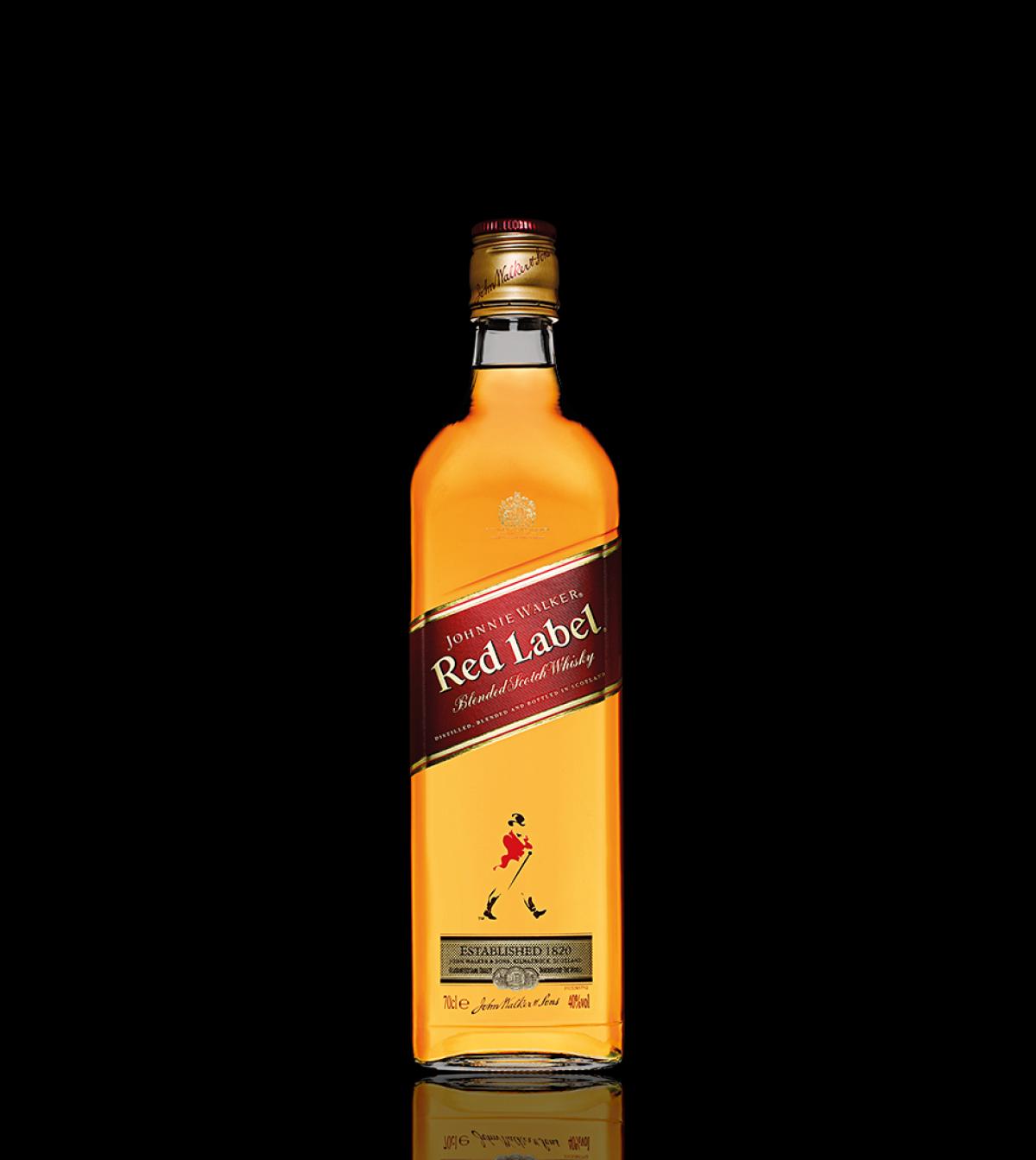 The Pioneer Blend, the versatile one that has introduced our whisky to the world. Crafted from the four corners of Scotland. 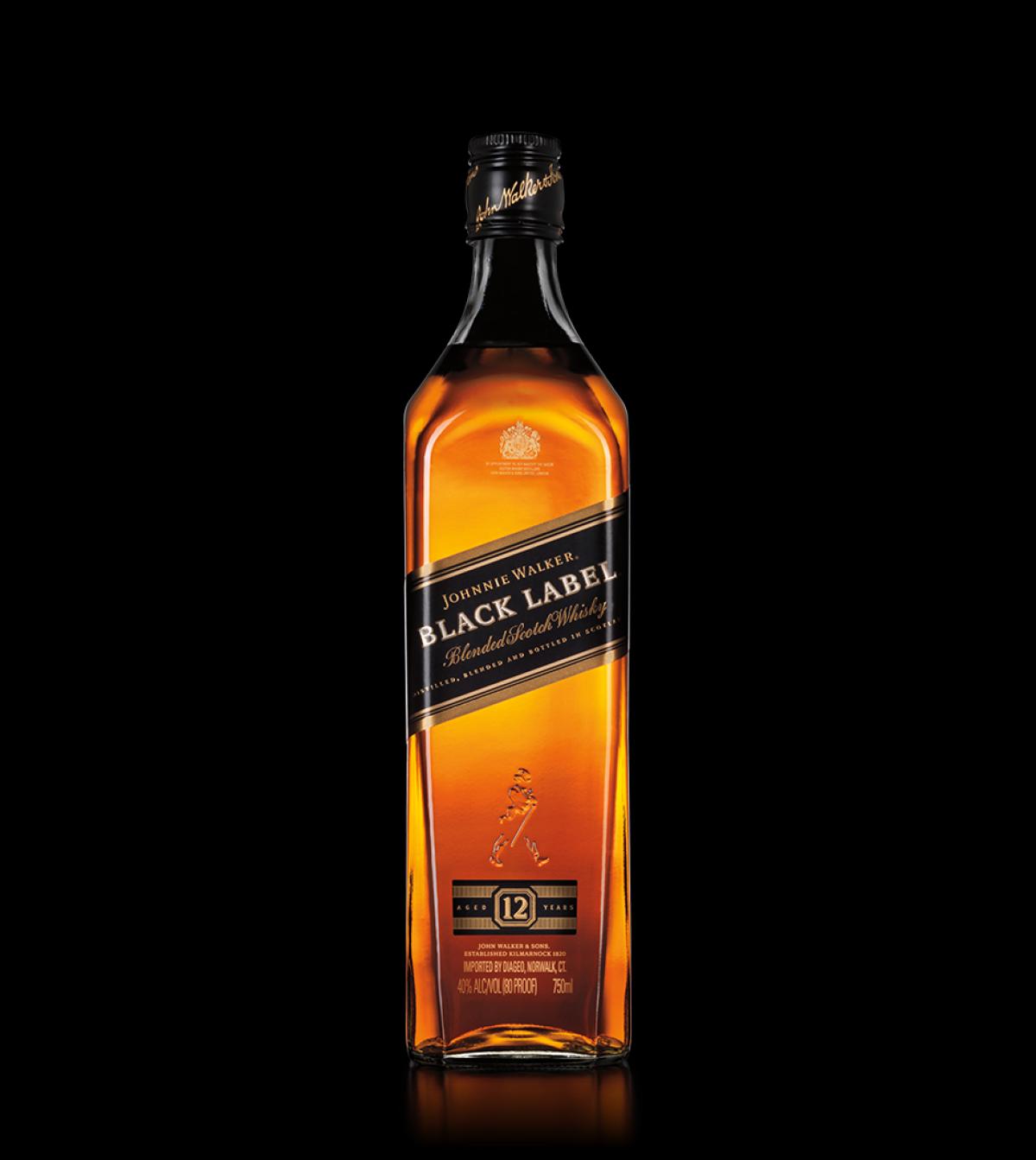 Johnnie Walker Black Label is a true icon, recognised as the benchmark for all other deluxe blends. Created using only whiskies aged for a minimum of 12 years from the four corners of Scotland. 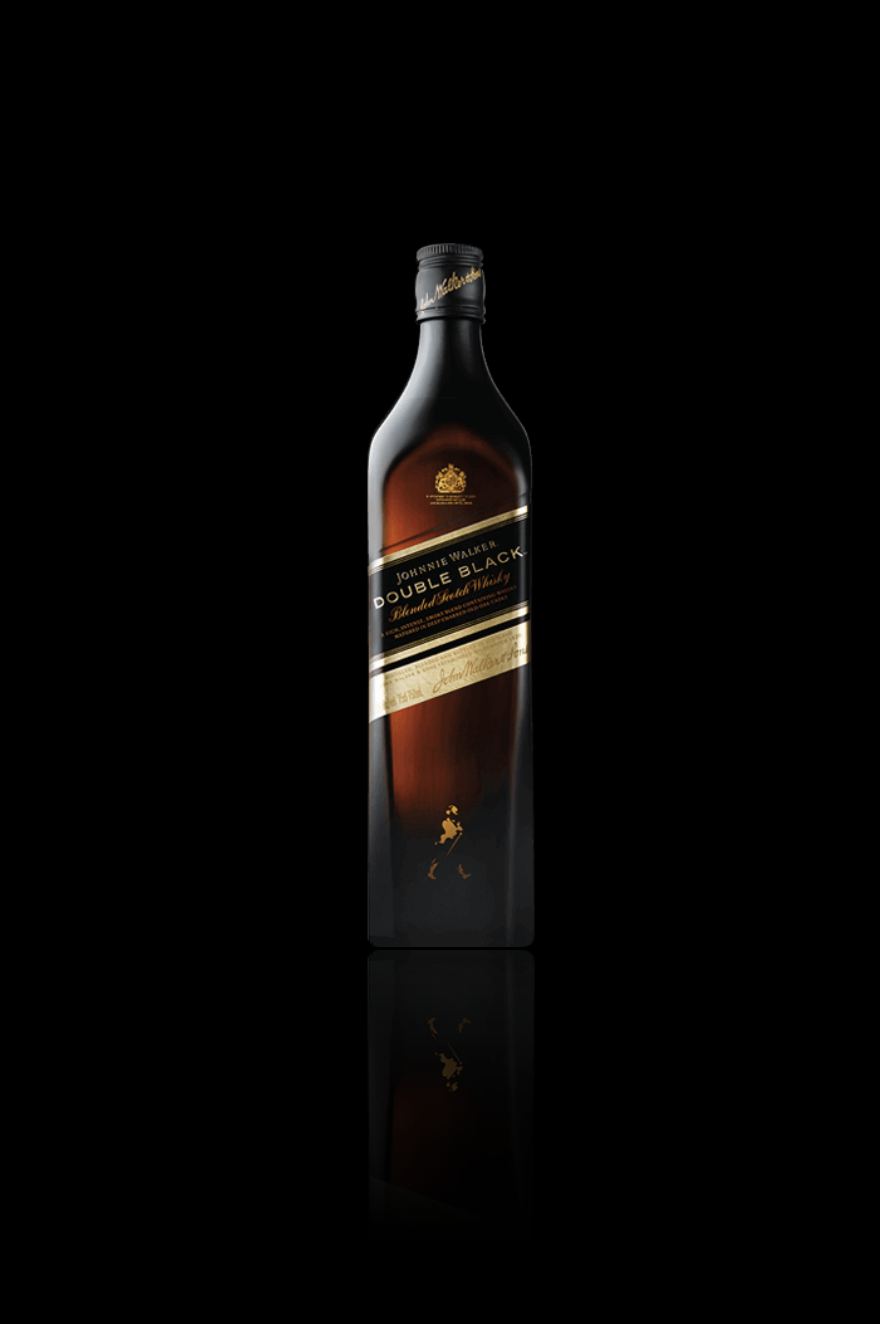 Double Black is a full-bodied whisky, with an intense smoky character and layers of spice, inspired by our iconic Johnnie Walker Black Label. Strongly influenced by powerful West Coast and Island whiskies. 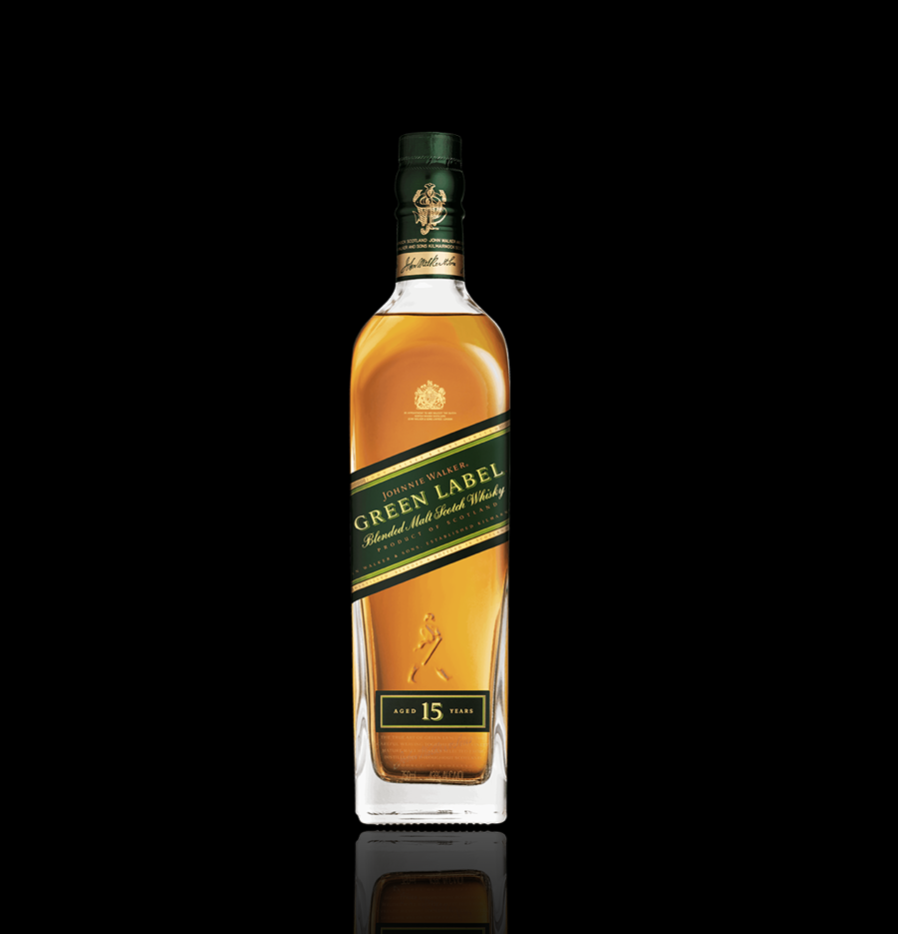 Green Label is crafted from a palette of Speyside, Highland, Lowland and Island malts matured for at least 15 years – all perfectly balanced to bring together. 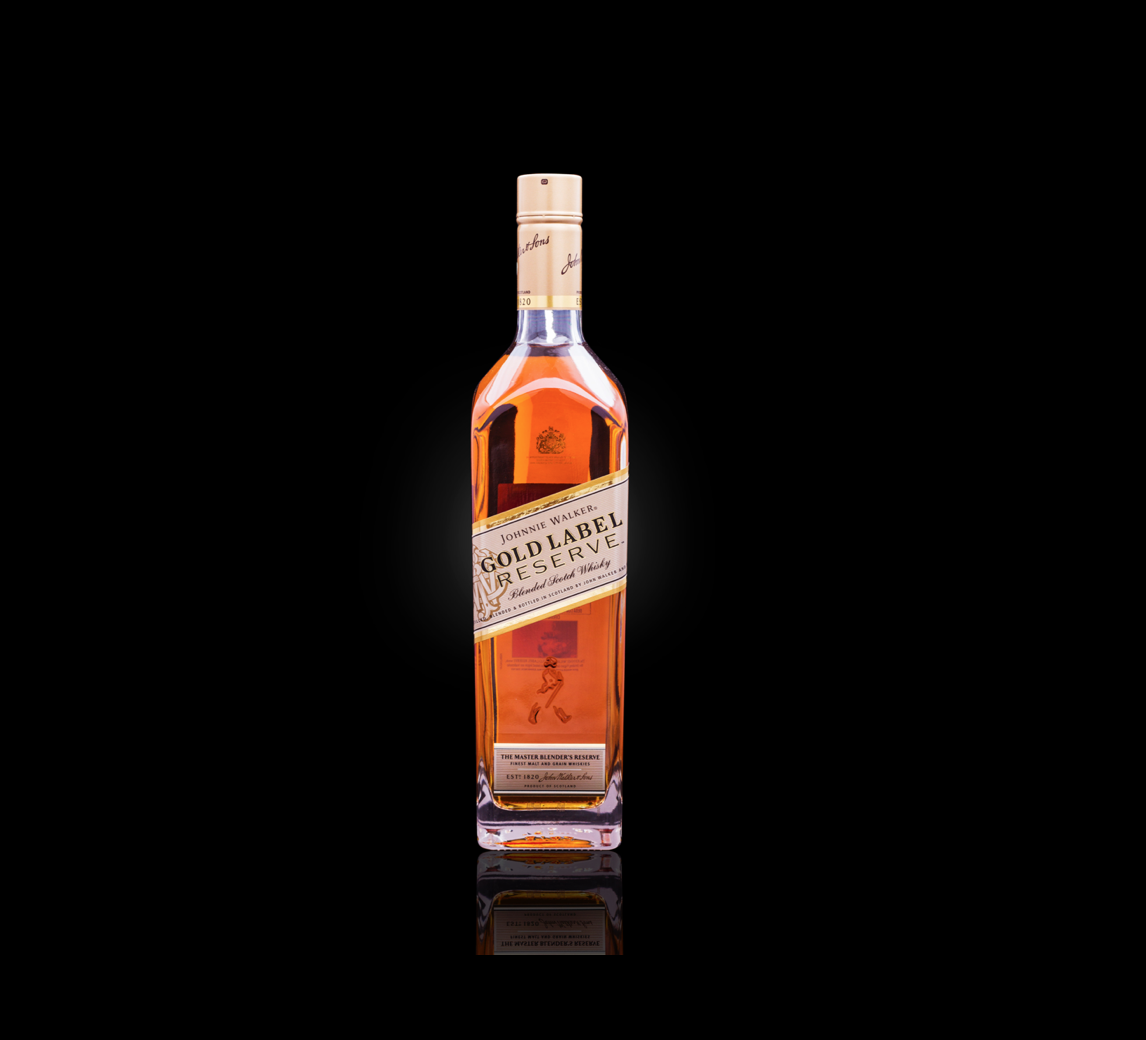 Gold Label Reserve is a luxurious and smooth whisky. A wonderful tribute to the harmonious partnership of Speyside and Highland whiskies. 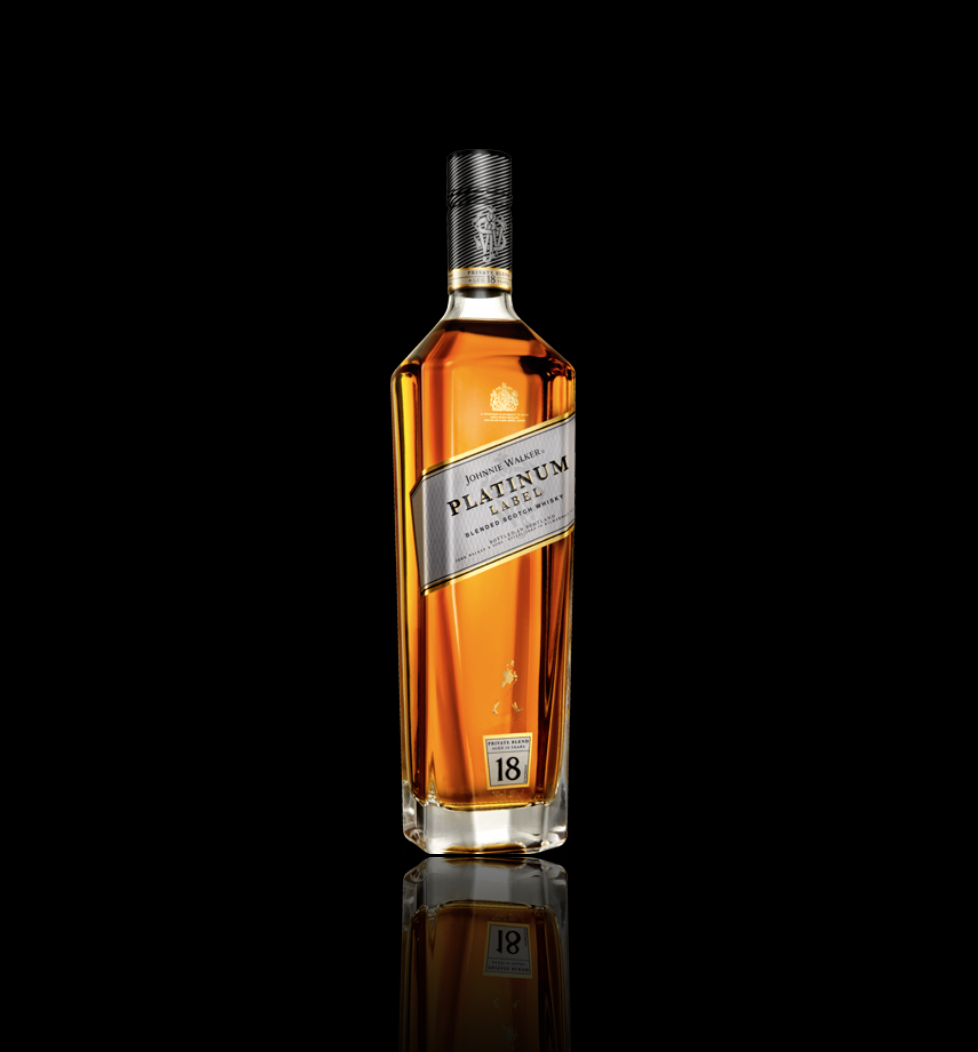 Carefully chosen for their flavour and quality, these whiskies make for a wonderful combination of both classic and contemporary tastes. 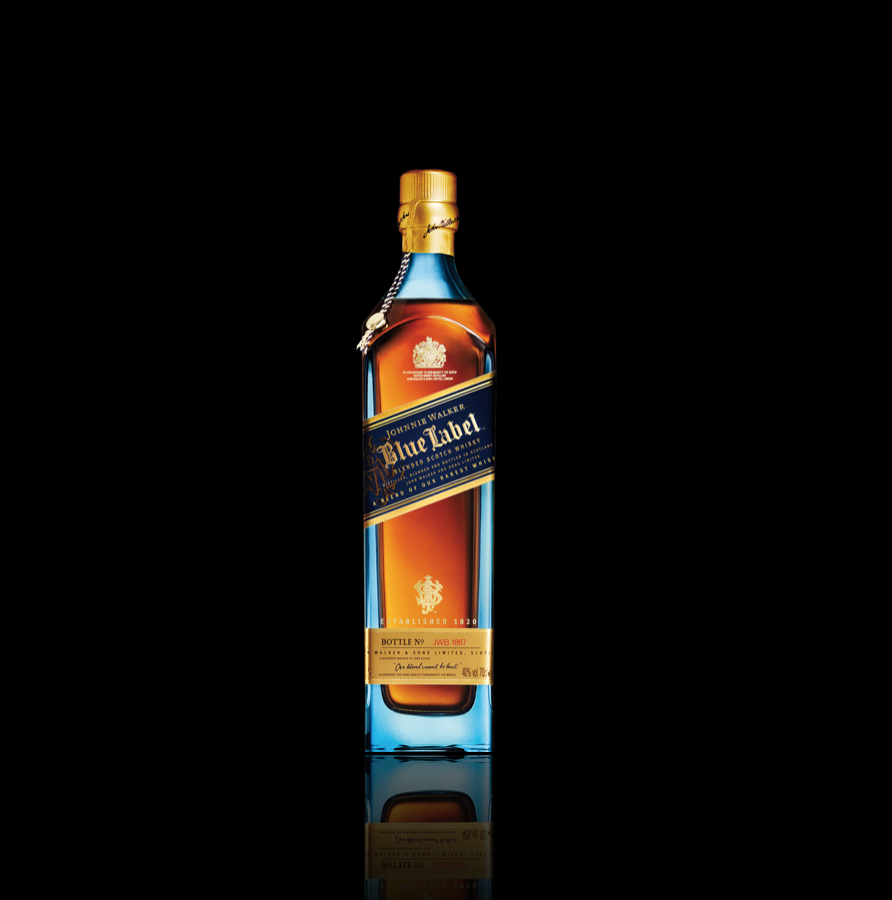 Blue Label is an unrivalled masterpiece – an exquisite combination of Scotland’s rarest and most exceptional whiskies. Only one in every ten thousand casks has the elusive quality, character and flavour to deliver the remarkable signature taste. 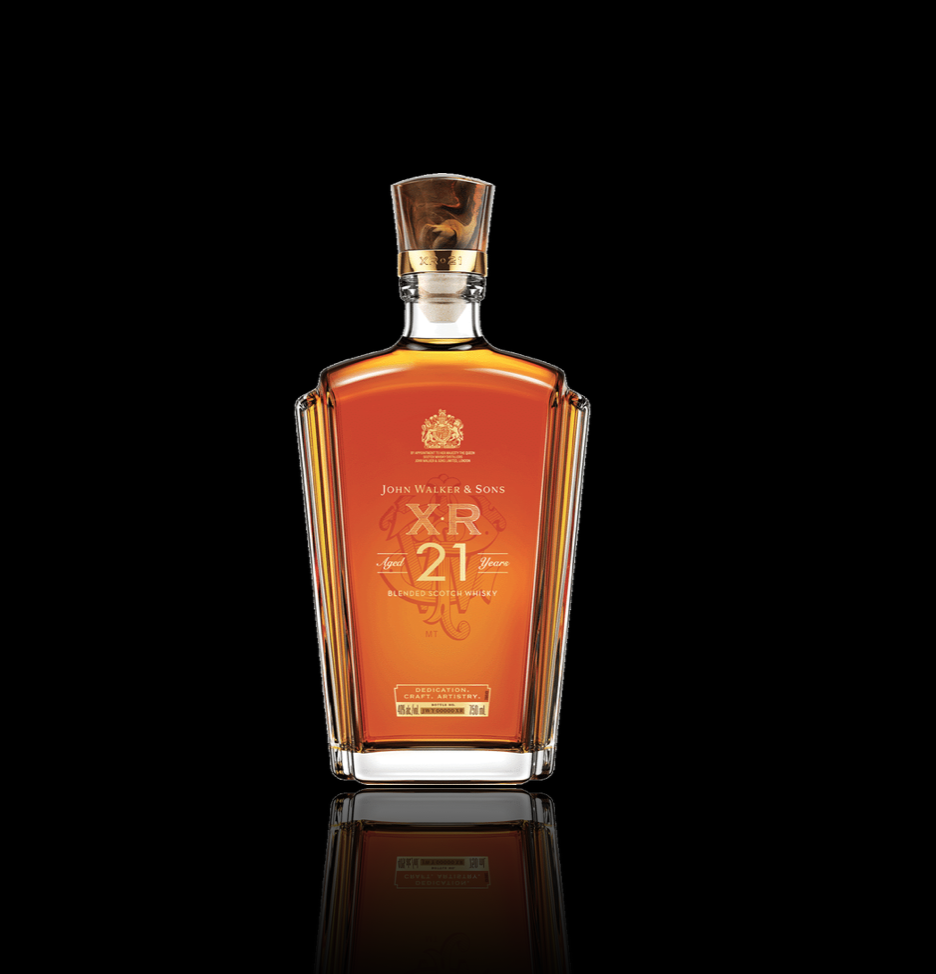 Created to honour Master Blender Alexander Walker II, this blend is an assured, balanced and elegant. 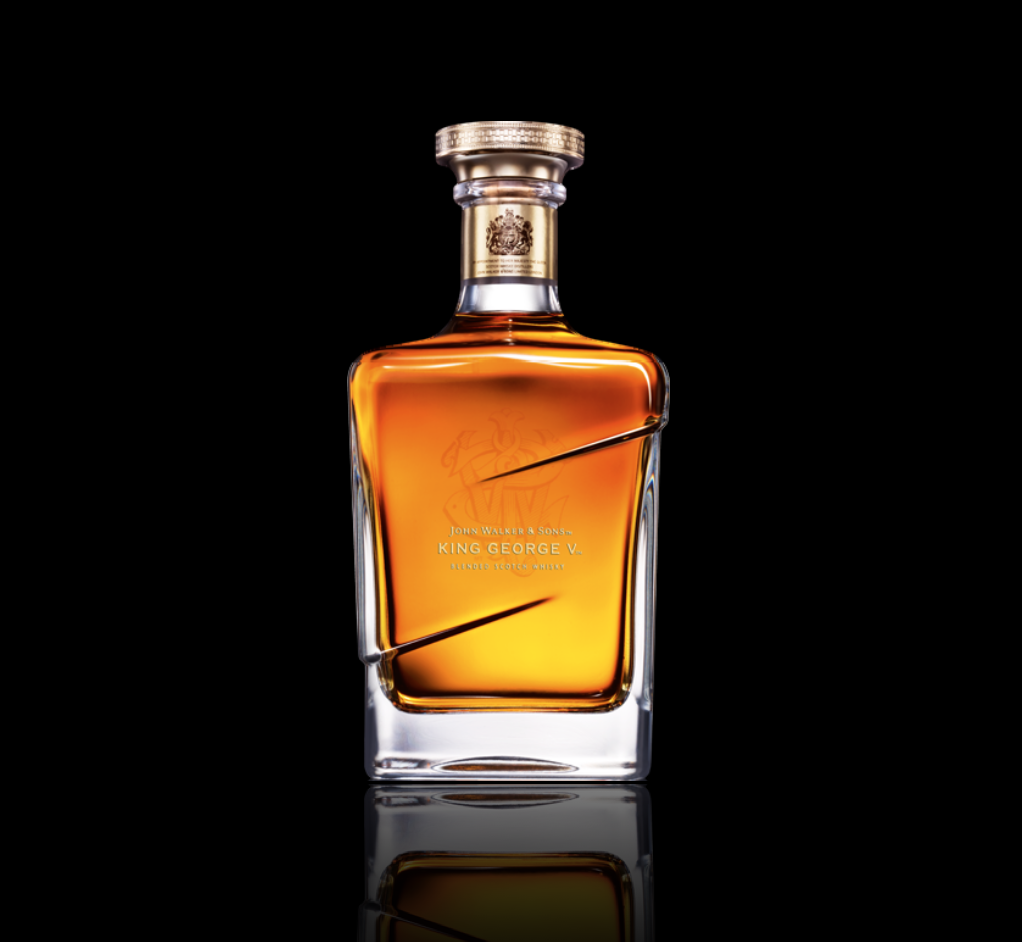 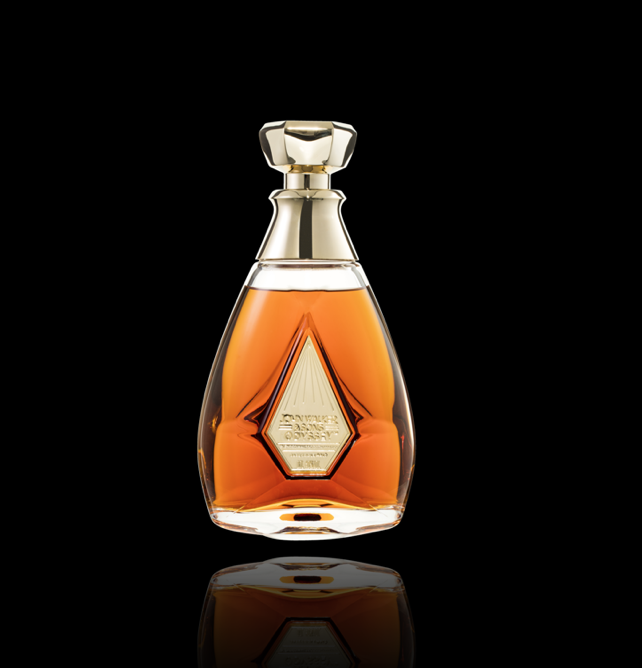 A super-premium release celebrated with an extraordinary around-the-world luxury yacht journey. This blended malt is made with three single malts married in European oak casks.

Their trustees invested the proceeds, £417, in an Italian warehouse, grocery, and wine and spirits shop on the High Street in Kilmarnock, Ayrshire, Scotland.

Walker managed the grocery, wine, and spirits segment as a teenager in 1820.

The Excise Act of 1823 relaxed strict laws on distillation of whisky and reduced, by a considerable amount, the extremely heavy taxes on the distillation and sale of whisky.

By 1825, Walker, a teetotaller, was selling spirits, including rum, brandy, gin, and whisky.

In short order, he switched to dealing mainly in whisky. Since blending of grain and malt whiskies was still banned, he sold both blended malt whiskies and grain whiskies.

They were sold as made-to-order whiskies, blended to meet specific customer requirements, because he did not have any brand of his own.

The brand became popular, but after Walker’s death it was his son Alexander Alec Walker and grandson Alexander Walker II who were largely responsible for establishing the whisky as a favored brand.

The Spirits Act of 1860 legalised the blending of grain whiskies with malt whiskies and ushered in the modern era of blended Scotch whisky. Blended Scotch whisky, lighter and sweeter in character, was more accessible, and much more marketable to a wider audience. Andrew Usher of Edinburgh, was the first to produce a blended whisky, but the Walkers followed in due course.

The other identifying characteristic of the Johnnie Walker bottle was ( and still is)  the label, which, since that year, is applied at an angle of 24 degrees upwards left to right and allows text to be made larger and more visible. This also allowed consumers to identify it at a distance.

One major factor in his favour was the arrival of a railway in Kilmarnock, carrying goods to merchant ships travelling the world. Thanks to Alec’s business acumen, sales of Walker’s Kilmarnock reached 100,000 gallons (450,000 litres) per year by 1862.

In 1865, Alec created Johnnie Walker’s first commercial blend and called itÂ Old Highland Whisky, before registering it as such in 1867.

Under John Walker, whisky sales represented eight percent of the firm’s income; by the time Alexander was ready to pass on the company to his own sons, that figure had increased to between 90 and 95 percent.

In 1893, Cardhu distillery was purchased by the Walkers to reinforce the stocks of one of the Johnnie Walker blends’ key malt whiskies.

This move took the Cardhu single malt out of the market and made it the exclusive preserve of the Walkers. Cardhu’s output was to become the heart of the Old Highland Whisky and, subsequent to the rebranding of 1909, the prime single malt in Johnnie Walker Red and Black Labels.

Sensing an opportunity to expand the scale and variety of their brands, Walker acquired interests in Coleburn Distillery in 1915, quickly followed by Clynelish Distillery Co. and Dailuaine-Talisker Co. in 1916. This ensured a steady supply of single-malt whisky from the Cardhu, Coleburn, Clynelish, Talisker, and Dailuaine distilleries. In 1923, Walker bought Mortlach distillery, in furtherance of their strategy. Most of their output was used in Johnnie Walker blends, whose burgeoning popularity required increasingly vast volumes of single malts.

Johnnie Walker White was dropped during World War I. In 1932, Alexander II added Johnnie Walker Swing to the line, the name originating from the unusual shape of the bottle, which allowed it to rock back and forth.

In summer 2009, the brand’s owners, Diageo, decided to close all operations in Kilmarnock. This met with backlash from local people, local politicians, and then First Minister of Scotland, Alex Salmond. Despite petitions, public campaigns, and a large-scale march around Kilmarnock, Diageo proceeded with the closure. The Johnnie Walker plant in Kilmarnock closed its doors in March 2012 and the buildings were subsequently demolished a year later.

Johnnie Walker Red Label is a powerful mix of up to 30 malts and grains. It's a combination of light whiskies from Scotland's East Coast and more peaty whiskies from the West, expertly balanced to create an extraordinary depth of flavour.” 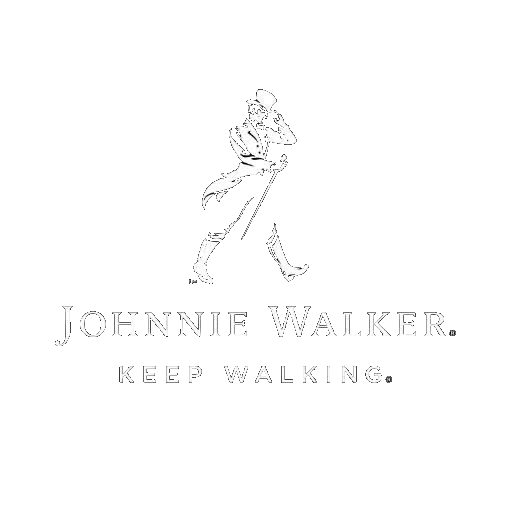