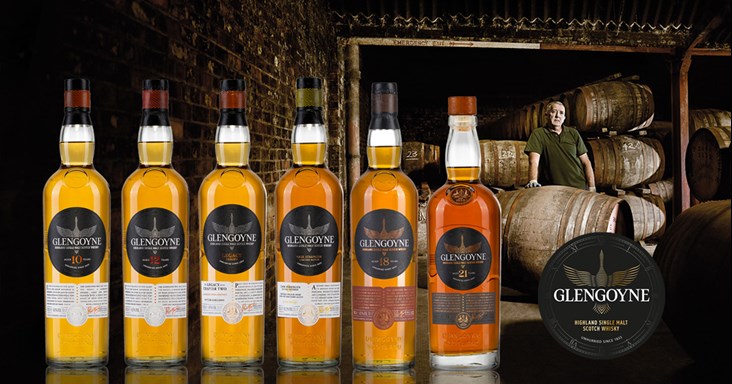 Glengoyne Highland single malt released their re-branding today. This new look and feel of their well awarded and known range of single malt whiskies is letting the world known Glengoyne is ready for the future. But always with the slogan “unhurried since 1833”

The oval logo had to make way for the new round shape. The Roman numbers symbolize a clock that displays the slow distillation proces of the distillery. Paythions is a fertue. the slow distillation is something Glengoyne is famous for. We are all in a hurry but at the distillery ground of Glengoyne they know that you need to slow time to make quality whiskies. This way magical things can happen. their whisky is a good example of this.

The famous gouse is also in the back this time with his wings spread. 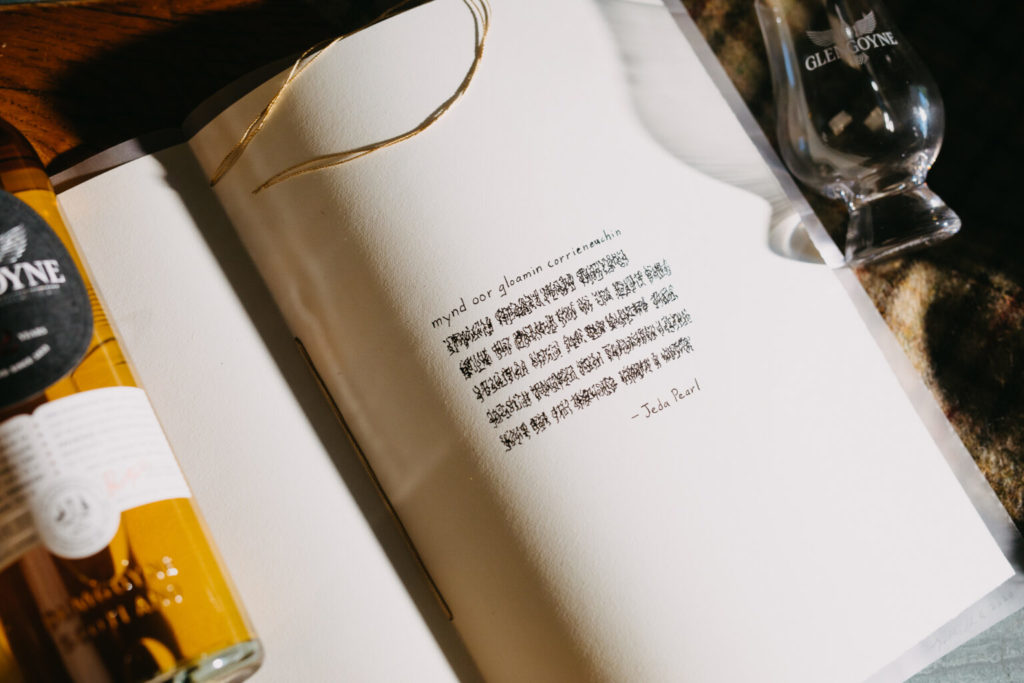 Glengoyne and the philosopher Johnathon Keats are working together to mark a new chapter in the story of the distillery of Glengoyne. This chapter has everything to do with Time.

Jonathon’s groundbreaking artwork, feuturing poems by some of the most celebrated young poets around the world, including Cat Hepburn and Jeda Pearl (Scotland), Courtney Peppernell (Australia), Alison Malee (America) and Martin Reints (Netherlands) are not immediately available for people to watch. Each poem will appear in its own time -without haste- thanks to an innovative and unique printing technique, wich fades when exposed to ultraviolet light. These poems can be admired in the distillery for the next fifty years. Also Around October the poem by Martin Reints can be admired at J.D. Willian’s Whisky Bar in Amsterdam.

Bold, complex flavours from the slowest stills in Scotland matured in only the finest casks.""

The Glengoyne collection and durability

The complete Glengoyne collection will have 100% recyclable material, locally produced and there will be no plastic or and use of metal.

Every material used is made and produced by Glengoyne in Scotland. Glengoyne aims for a cleaner environment and a better future. 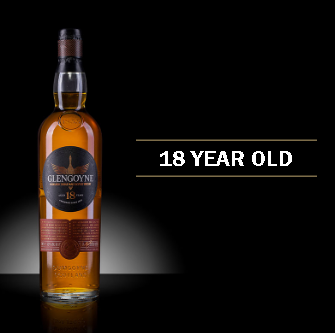 The Glengoyne-collection will have the following expressions:

Later this year the older expressions of Glengoyne the 25 and 30 years old will be launched. So if you like the older bottles and packaging. Get them before they ran out.

The new identity, featuring an updated illustration of its namesake goose, and packaging will roll out this month across the Collection, as well as special releases such as Legacy Series: Chapter Two and Cask Strength Batch No. 008, which both launch globally this month. Older expressions will be unveiled later this year.

As part of the distillery’s long-standing commitment to sustainability and the future, The Glengoyne Collection also becomes fully recyclable, free of plastic and magnets, and locally sourced, with nearly all of the material originating from Scotland.

Katy Muggeridge, Senior Brand Manager for Glengoyne, said: “Glengoyne has always chosen to take its time to do things the right way – for every minute other whiskies spend in their stills, ours spends three, all in the name of outstanding fruity flavour. This is the Glengoyne way and it’s why the same appreciation of time has gone into this rebrand. As one of Scotland’s greenest distilleries, it was extremely important to us that our commitment to sustainability was reflected in the new packaging, as well as giving us a platform to better connect our customers to the unique processes and people behind our award-winning whisky.”

To celebrate this new chapter in the distillery’s story, Glengoyne has worked with renowned conceptual artist and experimental philosopher, Jonathon Keats, on a one-of-kind literary art project set to challenge the way consumers themselves engage with time.

Jonathon’s ground-breaking art pieces, which feature poems from some of the most celebrated young poets around the world including Cat Hepburn and Jeda Pearl (Scotland), Courtney Peppernell (Australia), Alison Malee (America) and Martin Reints (Holland). won’t be immediately available for people to view.

Instead, going against the grain of today’s instant culture, each poem will appear in its own time – unhurried – thanks to an innovative and one-of-a-kind printing technique, which fades away as it is exposed to ultraviolet light.

Creating a greater appreciation of time and craft, each of the poems will hang in the Glengoyne distillery for consumers to visit, with a first layer of ink slowly fading away, in time, to reveal the poems underneath. A version of each poem will also be exhibited in the home countries of the poets from October, including at renowned whisky bars, The Brandy Library (New York), The Ubiquitous Chip (Glasgow), J.D. Williams (Amsterdam), as well as Michelin-starred restaurant City Social (London) – creating a truly one-of-a-kind global exhibition.

“As everything becomes instantaneous, delivered next day, our appreciation of craft and time is diminishing.” Adds Katy Muggeridge. “Glengoyne distillery has always valued the role time can play and its importance to our whisky making. That’s why for this special rebrand, we wanted to bring this idea of unhurried into a different world. These special pieces of literary art will appear when they are ready, likely anytime over the next two to fifty years depending on their exposure to UV light, encouraging a different interaction with the work and a greater appreciation of its craft.”

Also launching with the rebrand, Chapter Two in the Legacy Series heroes the story of Glengoyne’s owners, the Russell Family, and their own relationship to time and tradition when experimenting with different maturation styles. The global release is the result of maturation in two distinct types of casks – first-fill bourbon casks and refill sherry casks.