The Balvenie is a Speyside single malt Scotch whisky that is produced by William Grant & Sons. The production takes place at the distillery Balvenie in Dufftown, Scotland.

Balvenie is one of the few distilleries that still malt their own barley. They have their own malting floors where they malt their barley.

Its a large distillery with nine, fat, short-necked stills producing a new make spirit with a noticeable unique character.

The Balvenie was one of the first distilleries to introduce a ‘finished’ single malt with the launch in 1993 of Double Wood, which was first aged in ex-Bourbon casks before being given a short period of secondary maturation (aka finishing) in ex-Sherry.

This utilisation of different wood types runs through the Balvenie range with a new 17-year-old Double Wood recently joining Caribbean Cask (ex-rum) 14 year old, and the 21-year-old Port Wood as part of the core range. As well as single barrel releases and older age variants up to 50 years in the range, a cult small batch, Tun 1401, has also recently appeared, followed by Tun 1509 and Tun 1858.

New by the Balvenie is the Story telling range. Read more about this below.

Balvenie was built on a 12 acre site adjacent to Glenfiddich in 1892/3. Originally known as Glen Gordon it took the name of the huge (ruined) castle which was located next door. The ‘new’ castle, already derelict in 1893, was turned into maltings.

The distillery provided fillings, primarily for the Grant’s Standfast blend, until 1973 when the first official bottling was made. Its continued requirements as a contributor to blends initially restricted its growth as a stand-alone brand (although increasing its cult status). This was eased slightly with the opening of Kininvie in 1990, but it was only with the building of Ailsa Bay that greater stocks were finally made available. It is now one of the fastest-growing single malt brands in the world. 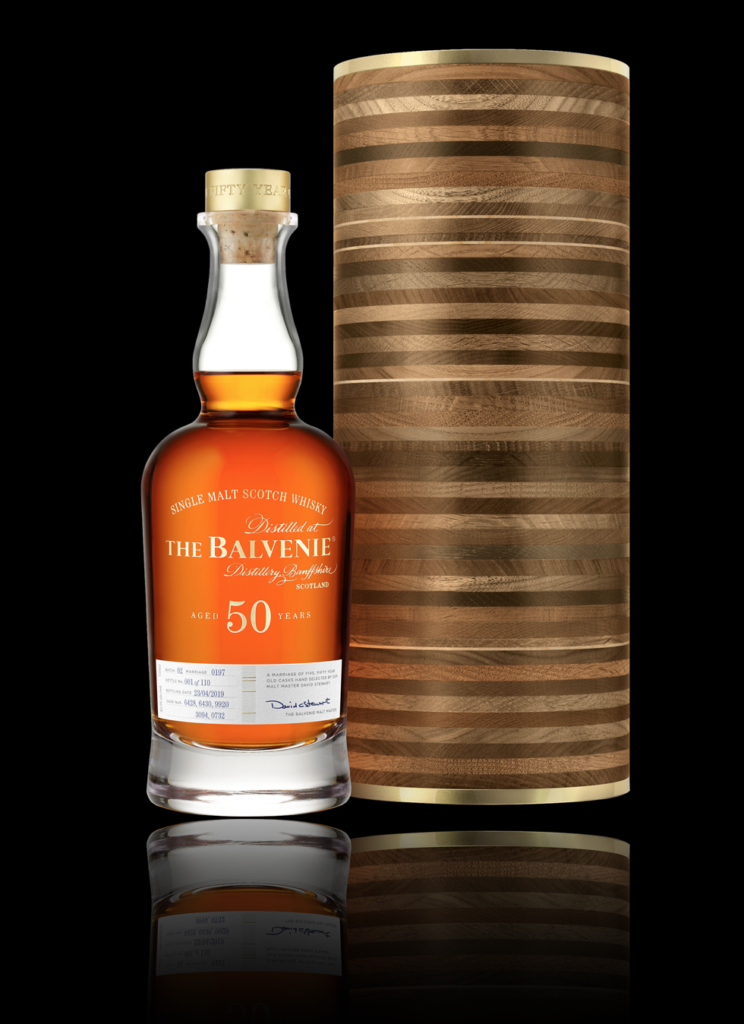 “I started my career as a whisky stocks clerk in 1962 and didn’t expect to become Malt Master.” 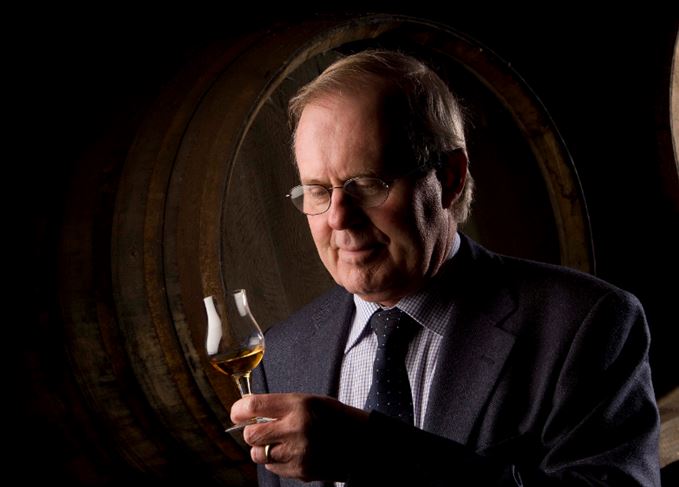 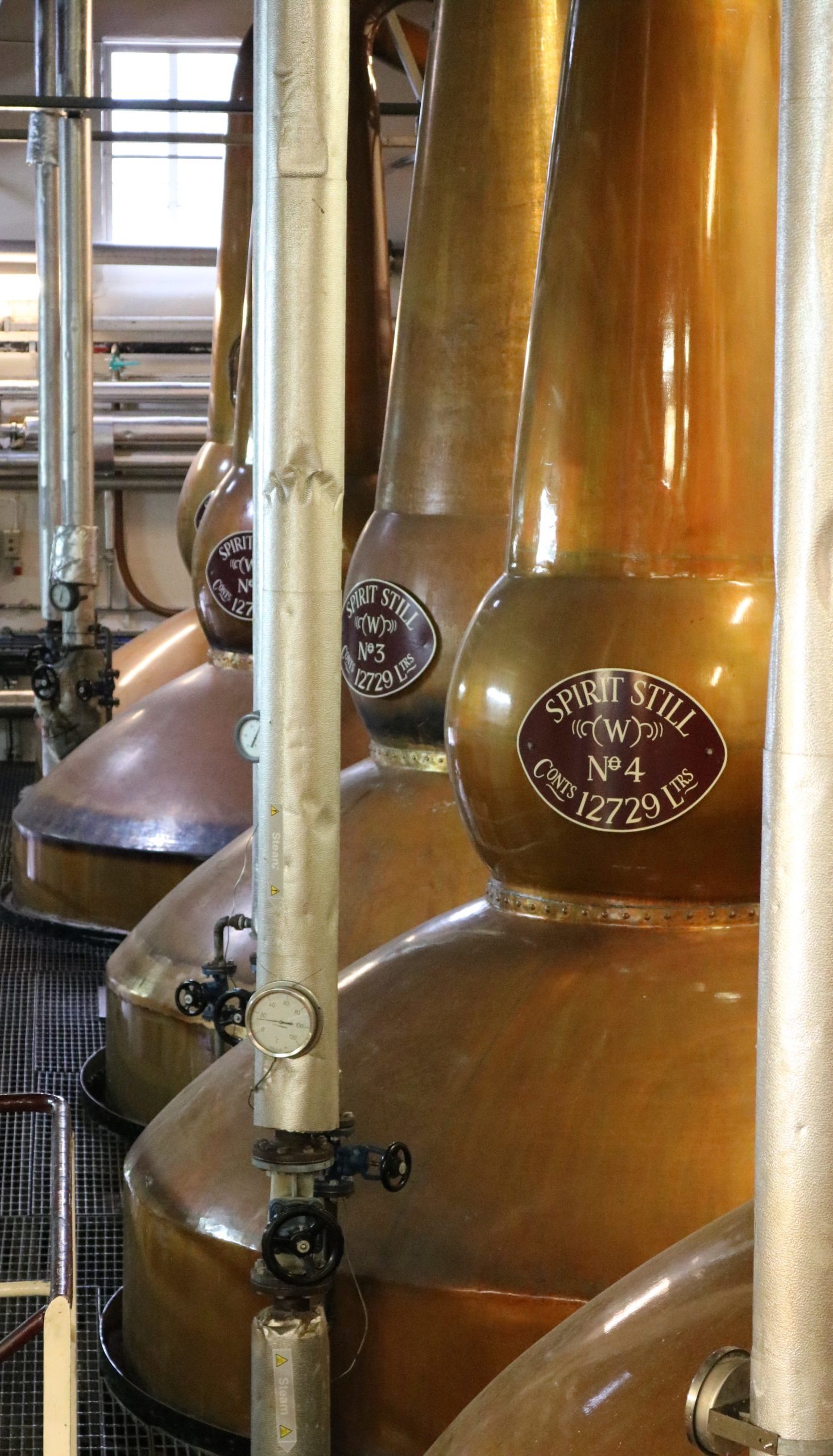 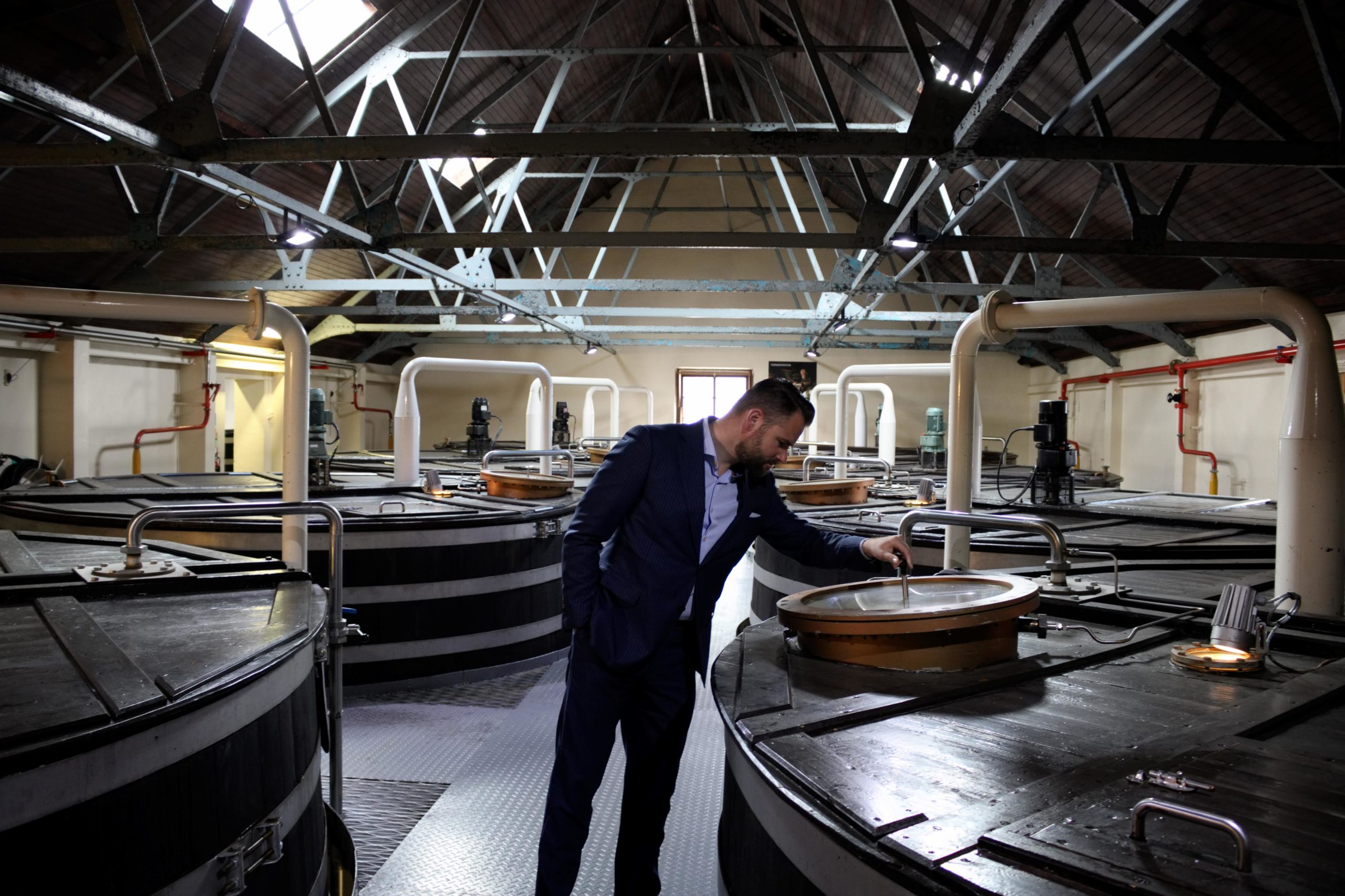 12 washbacks with a capacity of 55.000 liters each. Type of wash back used wood. 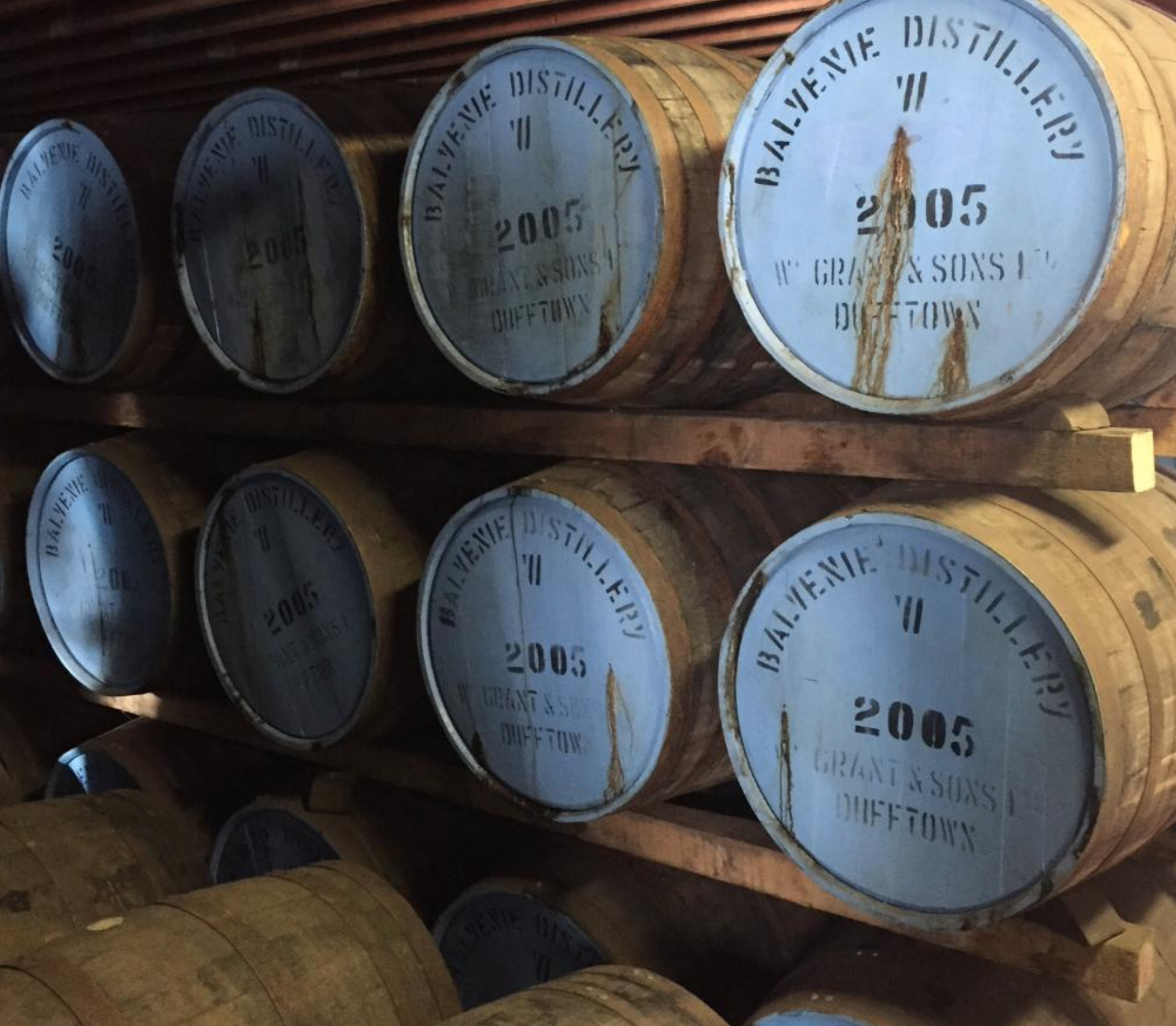 The Balvenie malt their own barley on their malting floors. 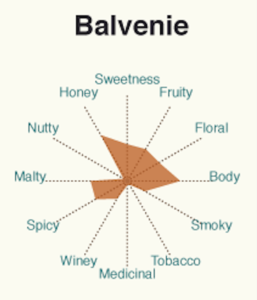 The taste profile of a typical Balvenie will be: 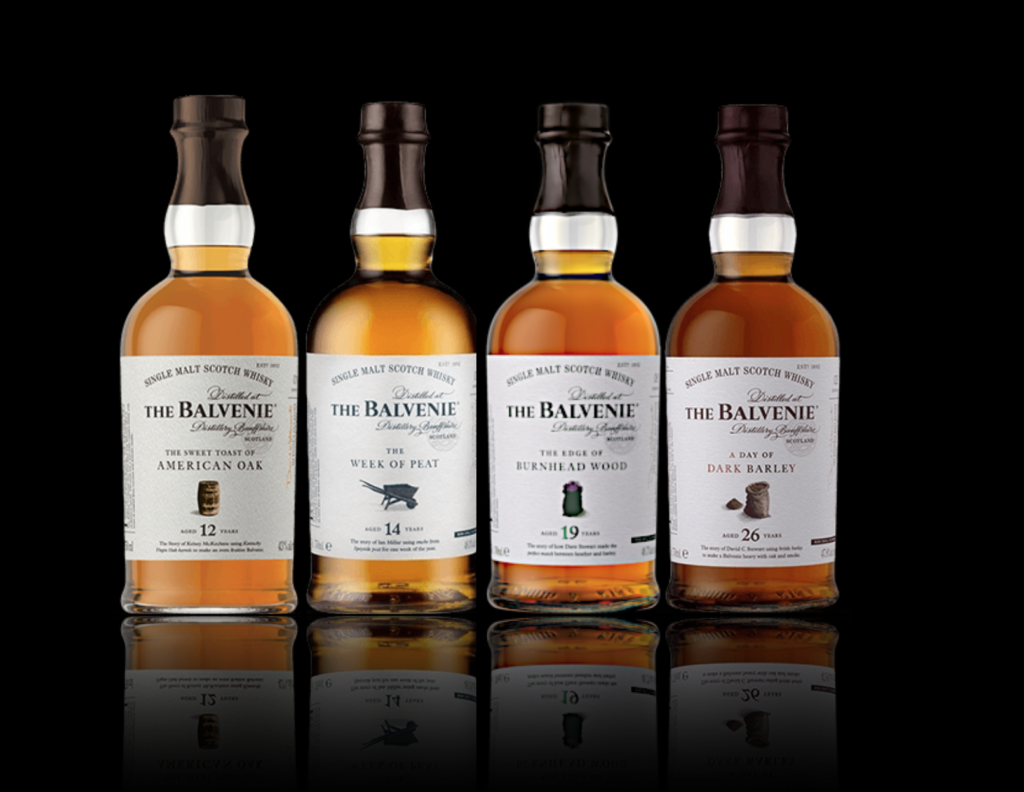 The Balvenie Stories range is a collection of single malt whiskies representing tales of character, endeavour and craft. Each whisky produced by The Balvenie tells a human story, evolving with the protagonists and developing unexpected twists through years of maturation.

Each whisky is accompanied by an audiobook which brings to life the story behind each expression, through a series of conversations between The Balvenie’s craftsmen and The Balvenie Global Ambassador Gemma Paterson. These conversations were recorded at locations significant to the narrative of each tale, including at The Balvenie Distillery and as far afield as Kelvin Cooperage, Kentucky. Each audiobook concludes with David Stewart and Kelsey McKechnie sharing a dram of some of the very first bottles of The Balvenie Stories with the craftsmen who created the whiskies you’re about to enjoy.

At this point The Balvenie’s core range is:

Want to read more about Balvenie bottles and collection? 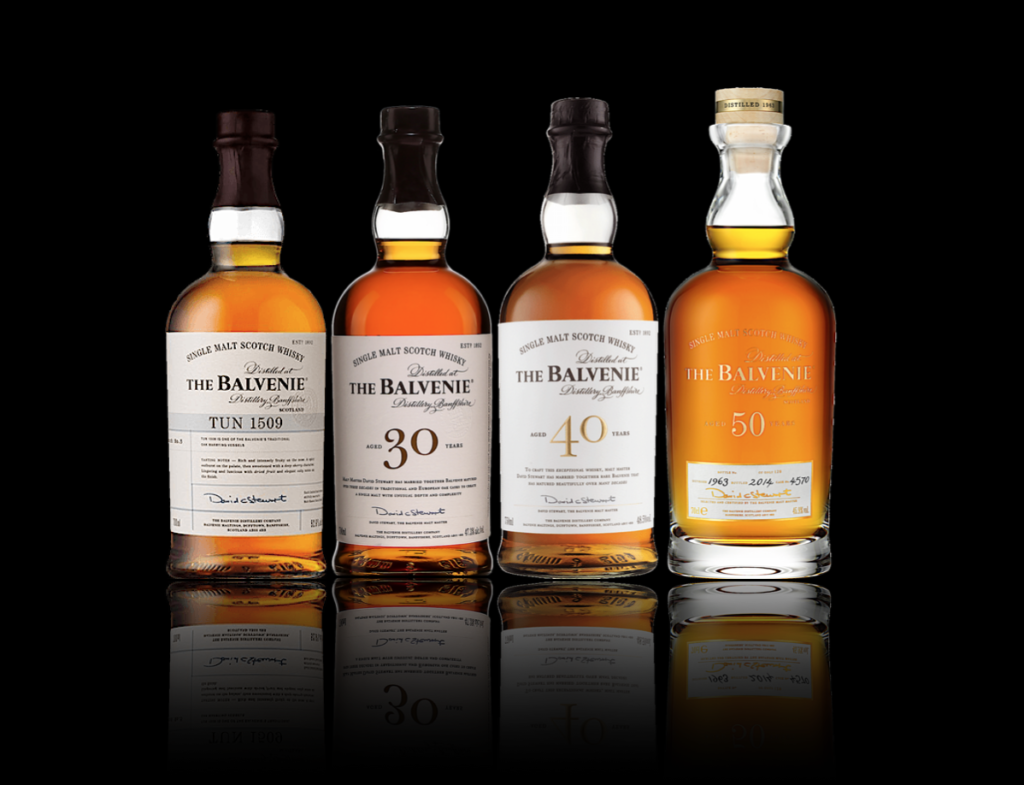 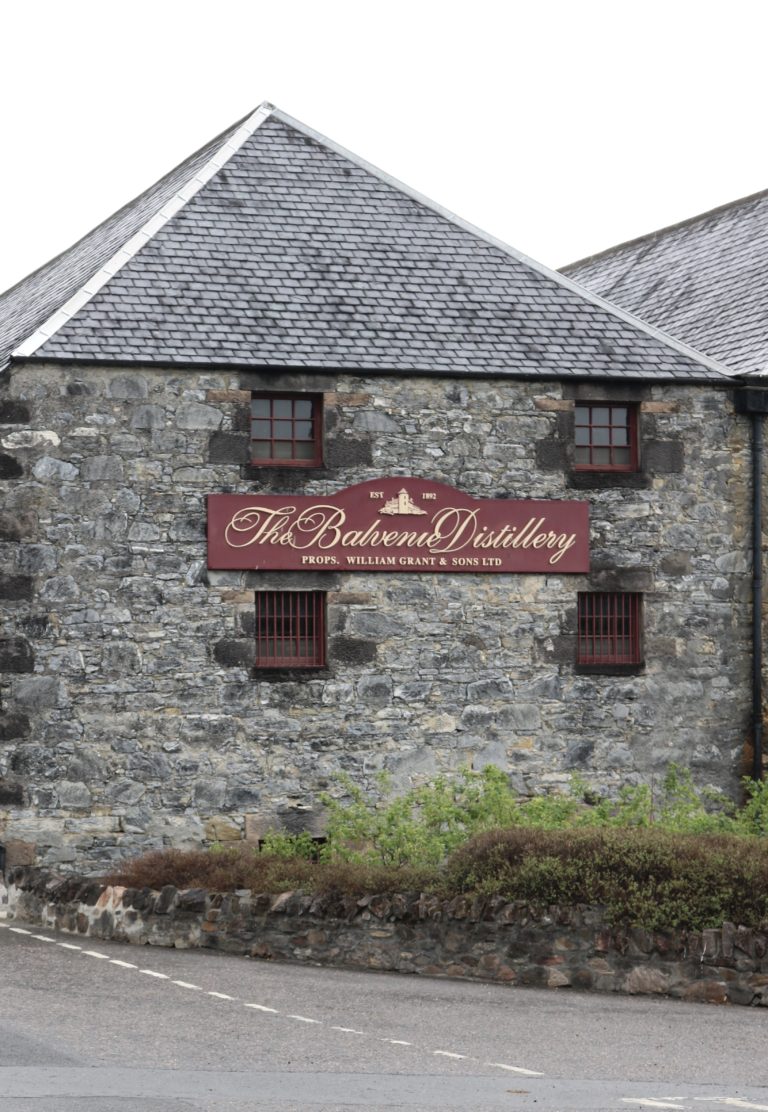 A leisurely tour around the distillery, followed by a delicious exploration of our contrasting Benromach whisky expressions.

Discover our heritage with a tour around the distillery alongside one of our friendly tour guides. After the tour you will be led through a tasting of our Benromach whisky range in one of our tasting rooms. 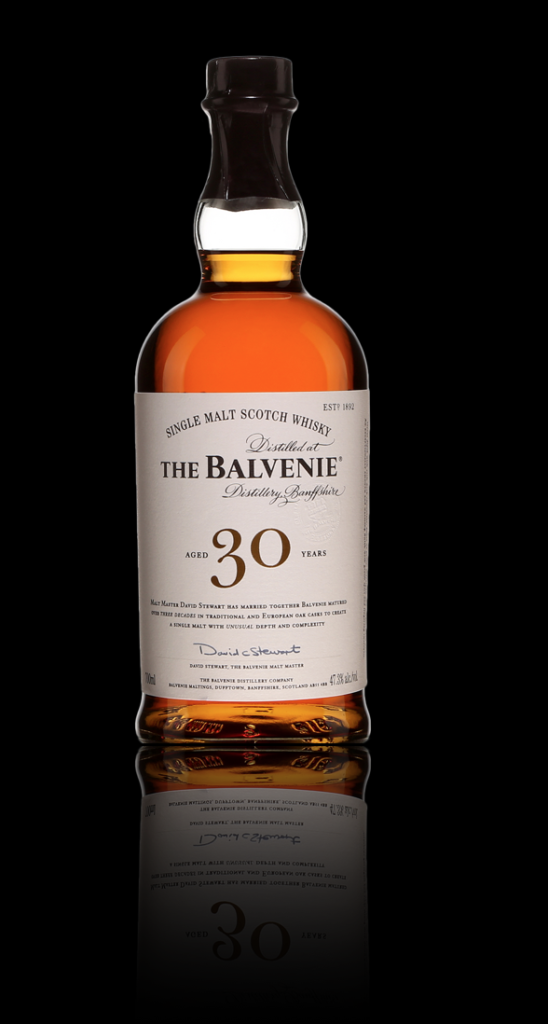 We host three tours a day and tour times are 10am , 11.30am & 2pm, costing £50 per person, pre-booking is essential. Bottling your own Balvenie in Warehouse 24 costs £30 and is available exclusively as part of The Balvenie Distillery tour. 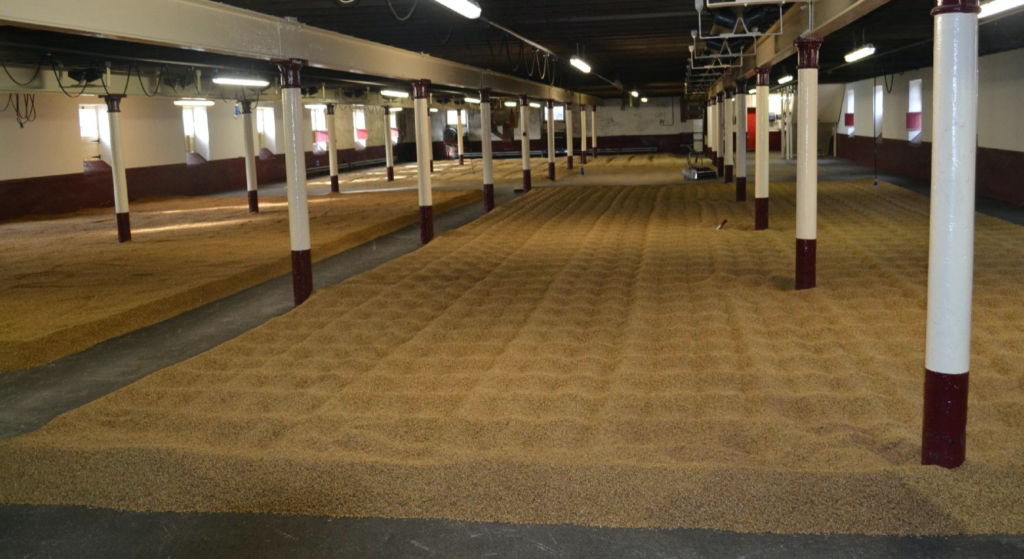 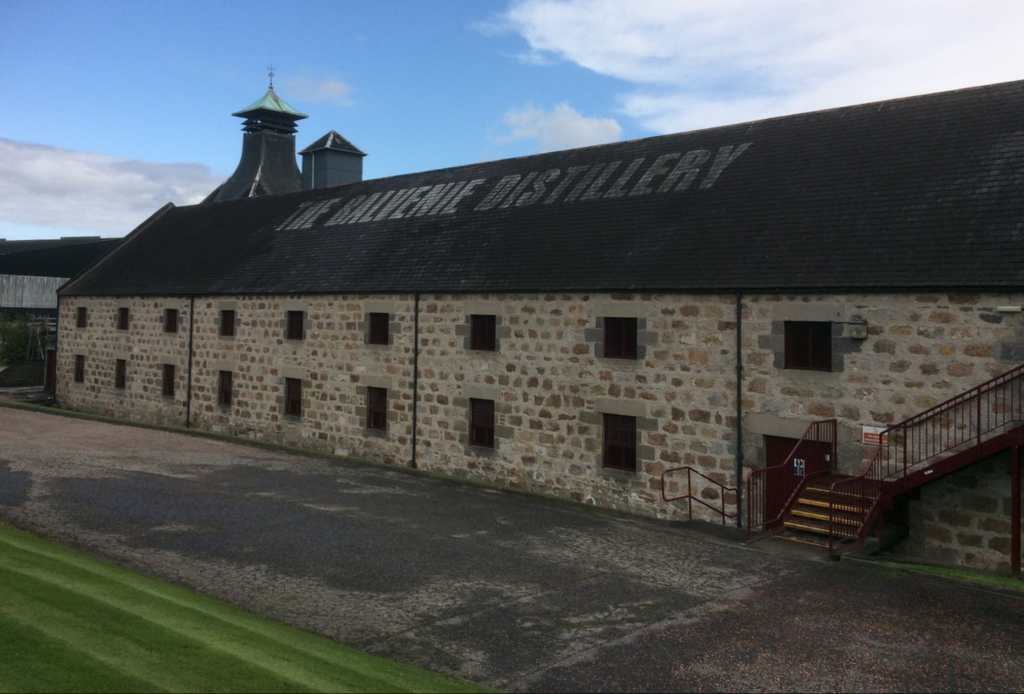 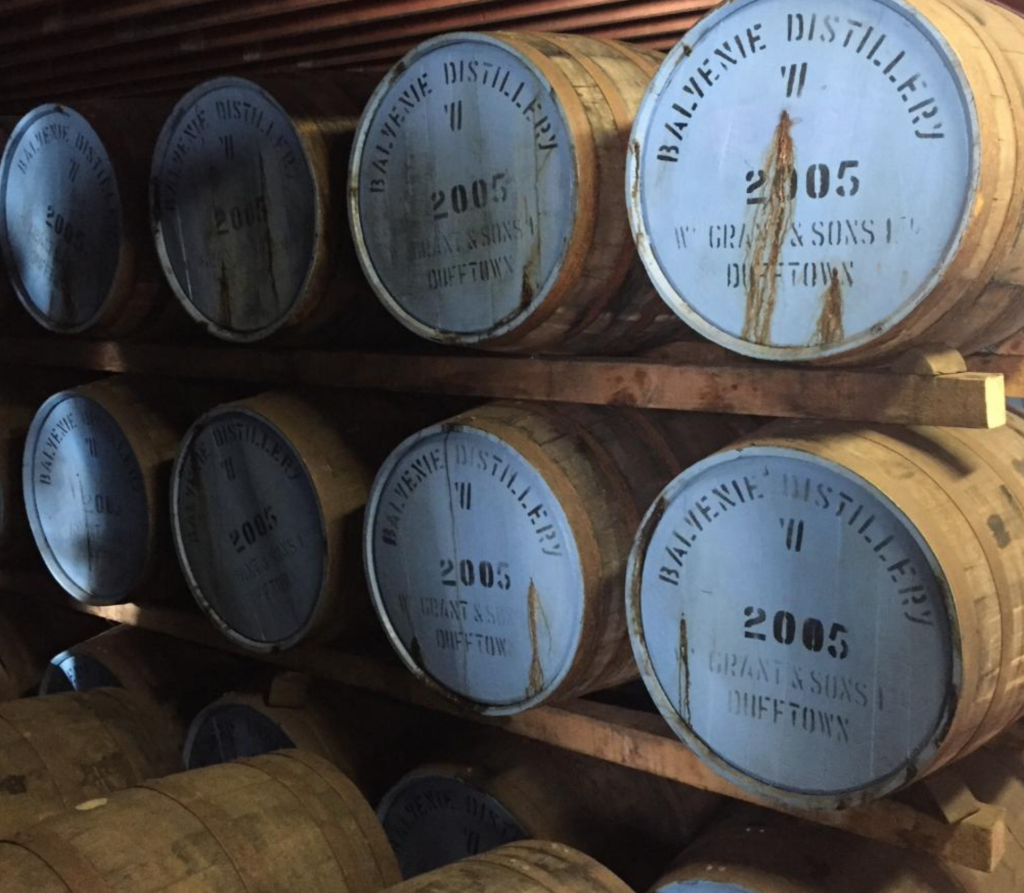