The Dalmore The Luminary Series 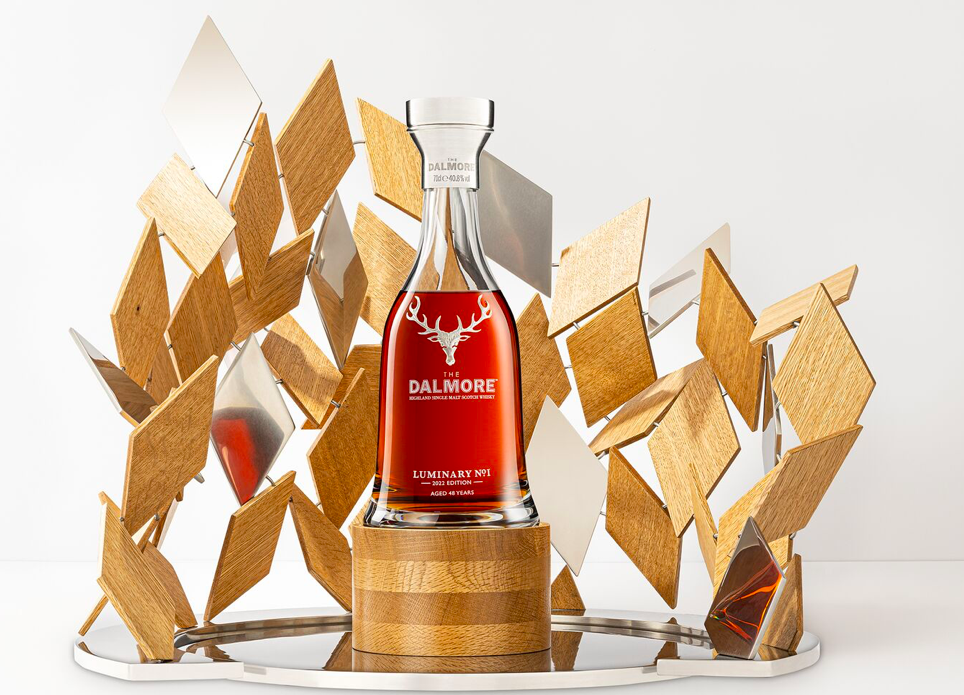 Co-conceived by Kengo Kuma and Richard Paterson OBE, The Rare is a once-in-a-lifetime creative collaboration that unites culture and craft. This seminal and rare 48 Year Old Single Malt, of which only three bottles will be created, begins it’s journey in American white oak ex-bourbon casks, the whisky has also been influenced by aged Matusalem and Apostle Oloroso sherry casks and vintage Port pipes. The assemblage of spirit from these various casks is then finished in both Scottish Tay and Japanese oak, bringing the whisky to the peak of its potential.

The sculpture of The Rare is made of 48 hand crafted diamonds of Scottish Oak, Japanese Oak and polished metal to represent the 48 years of the whisky of Luminary No.1 – The Rare. The sculpture is inspired by how invisible natural forces inspire the visible and the delicate use of wood and light confidently frame The Rare decanter at its centre. The Scottish Oak wood chosen celebrates The Dalmore and V&A Dundee Partnership – as before being upcycled for this project the tree had fallen on the banks of the River Tay. 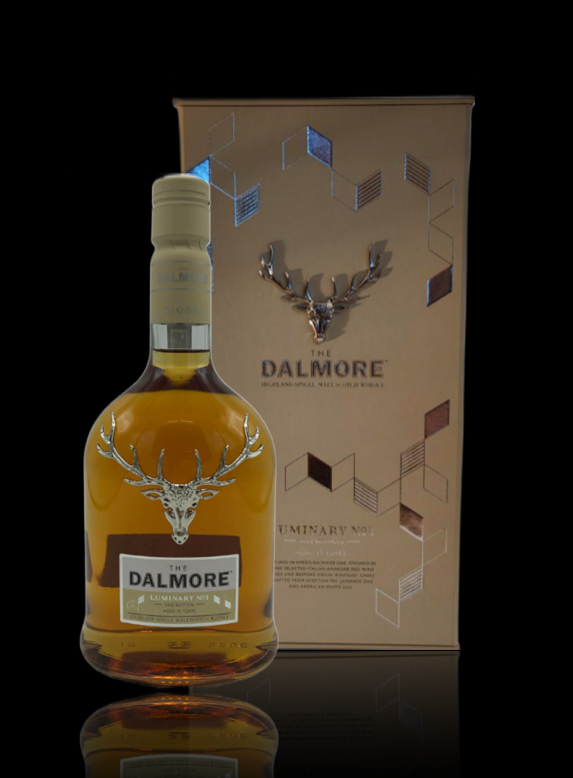 Created by Mucciola and Glass, The Collectible, of which there are 15,000 bottles, begins its journey in American white oak and is finished in hand selected Italian Amarone red wine casks and bespoke ‘Kintsugi’ casks. Crafted specifically for this Limited Edition and made from Scottish Tay Oak, Japanese Mizunara Oak and American White Oak – as a nod to the heritage of each Luminary.

Their innovative 15 Year Old Single Malt echoes its Rare partner in design, spotlighting Glass’s passion for wood and flavour, and held in a presentation box designed by Kuma-san’s protégé Maurizio Mucciola. Using a palette of strong earth tones, Mucciola’s beautiful contemporary casing with geometric design celebrates the relationship between whisky and nature and the importance of channelling potential with material components.